Those Trunk or Treat things at churches aren’t supposed to be scary. It’s at a church. You leave the bloody cleavers at home. And yet last Sunday night in Birmingham, at the Meadowbrook Baptist Church Fall Festival, young Bama fans were forced relive their worst nightmare.

Meadowbrook member Liz Birdsong converted her car’s trunk into a miniature Jordan-Hare Stadium, complete with goalpost, field, and a scoreboard with one second left on the clock. Just in case you couldn’t figure it out, she wrote those three magic words beneath it: “There Goes Davis.”

For all the Auburn football players in attendance, like Meadowbrook member Brent Gilley’s 10-year-old so Colin, it was the trunk or treat equivalent of the rich neighborhood. 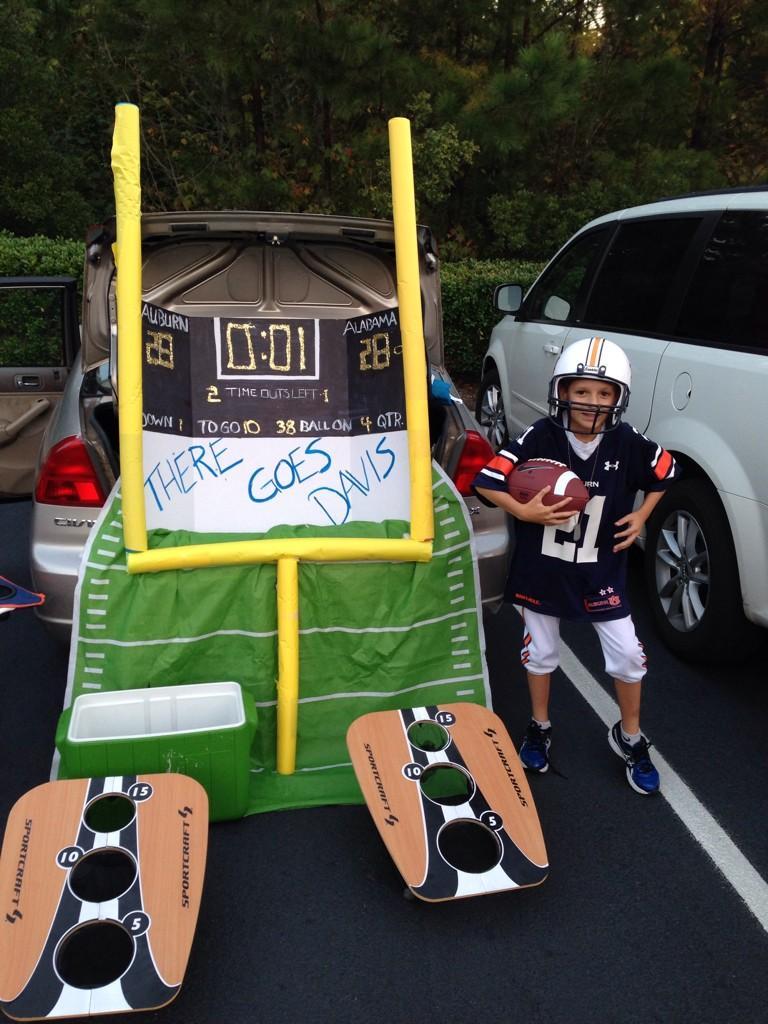 “There were a lot of decorated cars in the parking lot,” Gilley says. “My son went crazy when he saw that one.”