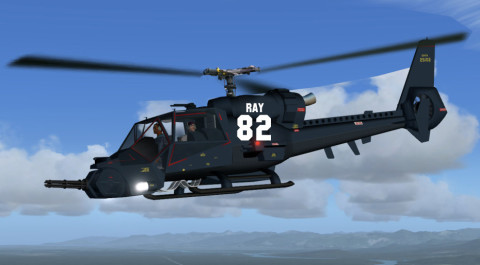 After an offseason of questions and anticipation the 2014 Auburn football season opened on Saturday with a tied game at halftime, a completely different second half and a lightning delay.  “Bert” Bielema left town without an SEC win (again), though we understand he did at least finally manage to free his assistant coaches from the evil clutches of Mad Scientist Gustav and his Elevator of Doom, in a bit of drama reminiscent of 1970s-era Quinn Martin productions.  But he and the rest of the SEC have been put on notice – the 2014 Auburn Tigers could actually be better than last year’s SEC Championship team.

In a day of strange weather phenomena we are reminded of the 2009 AU-WVU game—the game many point to as the true beginning of Auburn’s 2010 national title run. How fitting that this season—a season that holds such spine-tingling potential—should begin in a somewhat similar fashion. Will the parallels continue? Only time, and eleven more weeks of action, will tell.

What do we know or think we know about the team after one game?

At the most important position on the football field Auburn has better depth and talent than any team in the country.  With Nick Marshall sitting out the first half Jeremy Johnson showed how talented and capable he is by leading the team to 21 points in the first half.  On Thursday evening everyone in America was saying “Wow—look at those first half Kenny Hill stats!!”  Okay – let’s take a look at the first half Hill had versus what Jeremy Johnson did:

After the half Nick Marshall came in and picked up right where he left off last season.  The running game opened back up once he started running the zone read and the ground game helped control the second half. Despite Johnson’s excellence, there is no quarterback controversy or question. And with positive reports about freshman quarterback Sean White emerging from fall camp, Auburn has more depth and talent at quarterback than any team in the country.

And not a single one of them is a Dodgy Flapper.

The Auburn coaching staff continues to make excellent in-game adjustments.  The Auburn defense went from allowing 151 yards and 7.9 yards per carry (not “Fred Talley flashback bad” but still not good) to allowing only two rushing yards in the entire second half (!!!).  Here are the Arkansas rushing yards by quarter:  89, 62, 7, -5.  The Auburn offensive coaches adjusted the game plan perfectly between Jeremy Johnson and Nick Marshall and the end result was a win and a positive start to the SEC season.

Our primary concern heading into the season was the kicking game.  And now?  Daniel Carlson did miss a field goal (to be fair, he bonked it off the post), but Auburn is now first in the SEC and 5th in the nation in punting and had touchbacks on seven of eight kickoffs.  So yes, we feel a little better about the kicking game.  Let’s get past a road game with solid kicking and then we won’t worry anymore.

The Auburn pass rush was a concern before the season and is still a concern.  During the game Saturday a lot of Auburn fans were thinking, “We can’t cover anyone!”  But they should have been thinking, “We are giving this mediocre quarterback way too long to throw the ball.”  The pass rush must improve before Auburn plays teams that are actually dangerous throwing the football.  From whence will such a hypothetical pass rush come?  Cassanova McKinzy playing defensive end? LaDarius Owens? One of the freshmen or JUCO players?  Coaches are vowing that they will coach up the players we have and transform them into a fearsome force along the front. The proof remains to be seen.

Duke Williams will be the SEC Offensive Newcomer of the Year. He size and ability to catch the ball in traffic will make him a dominant force this season.  We love the “catch radius” concept that Jesse Palmer was throwing around in reference to Williams’ ability to snag anything anywhere near him. And he has the best nickname to cheer when a big play happens.  DUUUUUUUUUUUUUUUUUUKE!

Between the game clock malfunctioning, the play clock malfunctioning and the Arkansas assistant coaches getting stuck on an elevator at halftime, Jordan-Hare Stadium did not have one its better days.  But it looked awesome and of course no amount of rain can hurt that field. (It’s unfortunate that the Hulk Cage from the SHIELD Helicarrier in the Avengers movie that Gus secretly brought in was unable to contain Bert for more than a few seconds.)

Melvin Ray—we’re torn on whether to dub him “AirWolf” or “Blue Thunder”—once again dropped in behind the defense from a helicopter, just as he did in the BCS Championship game against FSU.  He clearly has the ability to make impact plays –plays that nobody sees coming, because they never seem to see him coming! – and he is like the 8th receiver on the depth chart!!

Do you know the way to San Jose?

In the absence of actual game stories much of the discussion about this game has revolved around SJSU Coach Ron Caragher’s comments about playing country music loudly during practice to prepare his team for a trip to the Plains. (This didn’t go over well.)  Should Auburn fans be worried about this matchup?  Not really, but don’t expect 62-0.  SJSU was a very dangerous team on offense in 2013 but lost excellent starter David Fales (who, despite his rather unfortunate last name, was actually pretty good) and most of the offensive line experience.  The team returns only 23 combined starts among the offensive linemen so Auburn’s defensive line should have more success than it did in the first half of the Arkansas game.   SJSU has a lot of returning experience on defense and a new defensive coordinator (former Texas DC and Syracuse head coach Greg Robinson) but the Spartans were 106th in rushing defense last year and that is a problem when facing this Auburn team.  At any rate this game should be easier to enjoy than the last visit from a Mountain West team (2011 Utah State!).

Auburn  (Class of the SEC. Second half of sheer dominance against the Hogs. What Hex??)
UGA  (Gurly Men looked very strong. We could face them twice this season.)

Texas A&M  (We need to see them against more teams for more data, but they definitely looked like a better team all around than they did last year with Dodgy Flapper.)

Alabama  (Some nervousness on the sidelines of the Evil Empire Saturday night!)

LSU (How the heck did they win that game?  But yet we all saw it coming after the fake punt.)

MSU  (Hard to judge much based on a win over Southern Miss, but they looked as strong as advertised.)
Ole Miss  (Nice beatdown of Boise. Van greeted all five of your fans in downtown Atlanta after the game.)

South Carolina (This is a generous ranking for a team that looked absolutely uninterested against the Ags.)

Missouri  (Again, more data needed—and we’re not likely to get it this week.)

Tennessee (Much better than the last few seasons but not enough experience on the lines to do too much damage in the long haul.)

Arkansas  (But they will win more than two games this season. One of them might even be in the SEC.)

Kentucky  (Van seriously might rank them ahead of South Carolina after Week 1.)

Vanderbilt  (We suspected there might be a dropoff after the loss of Franklin and some key players, but seriously—crushed at home by Temple??  Turn in your SEC card, Dores!  Or at least reel in the anchor.  We’ve told you before, guys—when the anchor’s DOWN, you can’t MOVE!)