OF COURSE THERE’S AN UPDATE: Do the denizens of Virginia ask Auburn grad Ethan Butterworth about his license plate?

“Constantly,” Butterwoth says. “It’s not that people don’t know about the win, it’s just an education on the correct nomenclature!”

Speaking of nomenclature, it’s obviously easier to be more direct with 2013 Iron Bowl vanity tags out of state, where there’s less competition for shorthand symbols.

Butterworth’s car bears the exact words “KICK SIX.” Barbara Holt, president of the Maryland Auburn Club, gets to ride around the Free State with the exact 00:01, colon included. 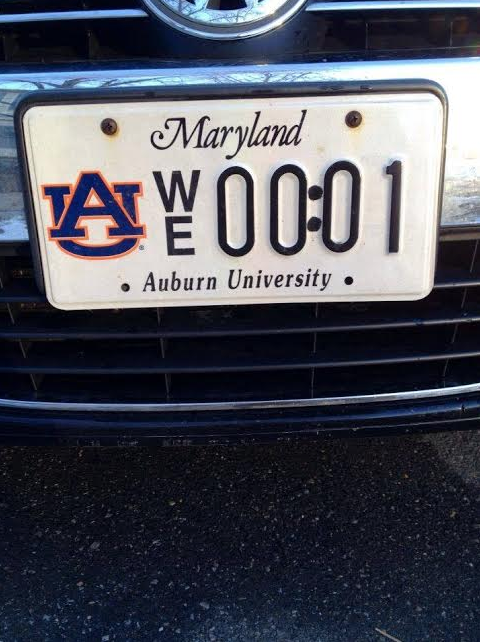 But the latest One Second Alabama plate we’ve found, sent to us by Jason Mennifee, like so many others obviously takes one second to decipher. 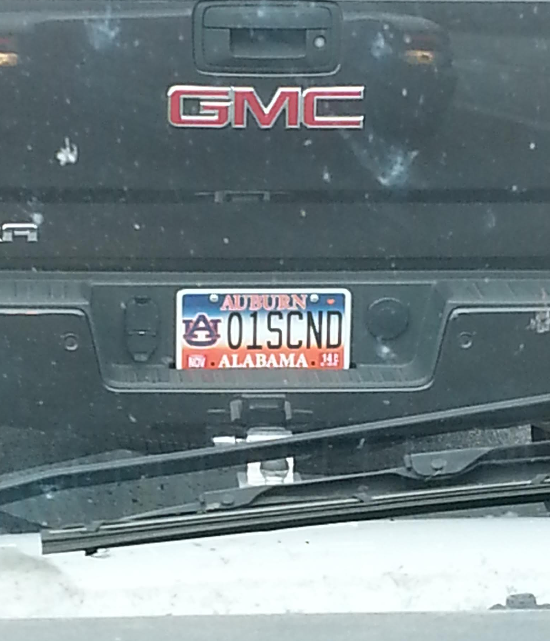 So that’s 14 now by our count. Keep’em coming—[email protected] 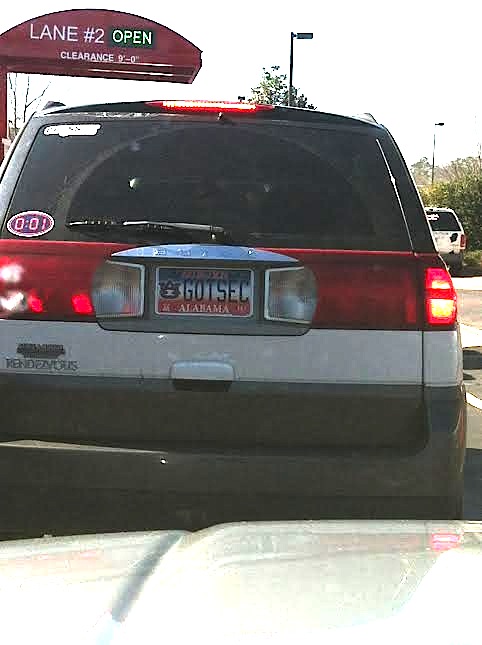 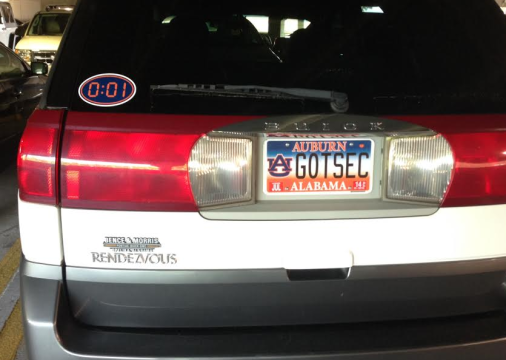 UPDATE TO THE UPDATES: We have a second flag from Florida, and judging by the more all letters KICK 6, rather than the alphanumeric K1CK6, it was likely the first. Owner Richard Perryman says he actually ordered within a week of the game. 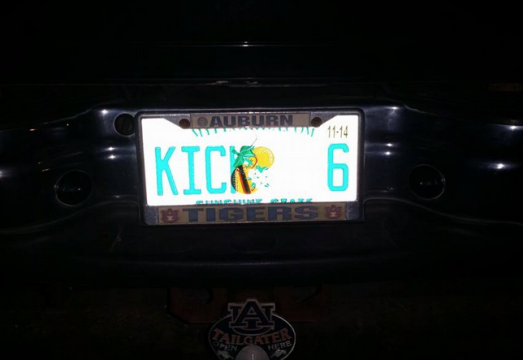 And here’s one of those early score-centric tags from Keith Splawn, but since it technically has a reference to the final play by virtue of the KBK, we’re including it in the group technically celebrating a single play. 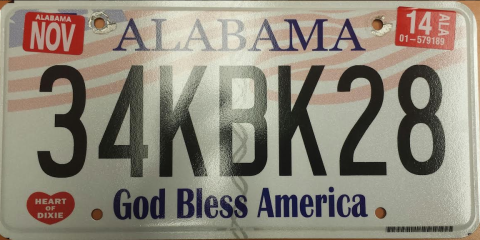 We’ve almost lost count how many there are—I think we’re at 17 now… 17 vanity tags across the country celebrating not just a team, not just a game, but a single play. Thinking of contacting Guinness. Keep’em coming—[email protected]

The explosion of 2013 Iron Bowl-celebrating license plates across America has recently trended toward alphanumeric variations of Kick Six (we counted seven in May, most from out of state).

But references to what has come to symbolize the greatest play in the greatest game in the greatest country in the history of the world, the game’s final second, are on the rise, making it even less likely any another single play in college football or maybe even sports history entire has been memorialized via vanity tag more than Chris Davis’ 109 touchdown return of whatshisname’s missed field goal.

And of course there’s the first one from January.