It makes perfect sense. The successor to Jeff Burger?

Yes, in what is truly one of the greatest world collisions of my young life, former star Auburn quarterback Reggie Slack has just opened a New York style pizza parlor in Navarre, Fla.

“One thing I have learned in life … if you want to make God laugh, make a plan,” said Slack, laughing, who was 20-4 as Auburn’s starting quarterback and led the Tigers to a share of the 1988 and ’89 SEC championships.

“Because most things that end up being great in our lives, we don’t really plan them,” Slack said. “We just follow where we’re led to. I have a passion for this. I love this environment. I have always loved to cook.”

Actually his sauce slingin’ days go back ten years to some wacky last-second heroics during Hurricane Ivan at a place called Papa’s Pizza. But his new place is called Reggie’s House of Pizza (not Pizza by Reggie) and is therefore obviously superior simply in name alone. 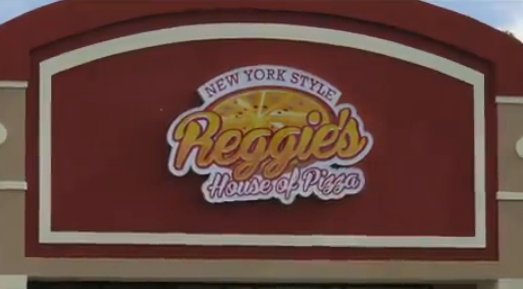 Slack says most customers who know him more for pigskin than pepperoni are hesitant to bring up his gridiron glory days.

“They don’t want to make it an issue here,” he says, “but I wouldn’t mind if they did.”

Good t0 know, ’cause I’m totally asking him to autograph a slice.

You can watch a video of Reggie talking up his new venture here.