Special logos on the field, on the programs… special books—There was a lot of commemorating for the 100th year of Auburn Football. One of the least known but coolest examples was a ceremony at ancient Pine Hill Cemetery in Auburn, final resting place of the Father of Auburn Football and author of The Auburn Creed: George Petrie.

On Feb. 20, 1992, the 100th anniversary of Auburn’s 10-0 victory over the University of Georgie in what was the Deep South’s first intercollegiate football game (peep that trophy!), then current and former Auburn players and coaches and other Auburn luminaries gathered around Petrie’s grave to recite the Creed. (Unlike the brothers of Beta Upsilon Chi, they kept the Harlem Shake out of it.) 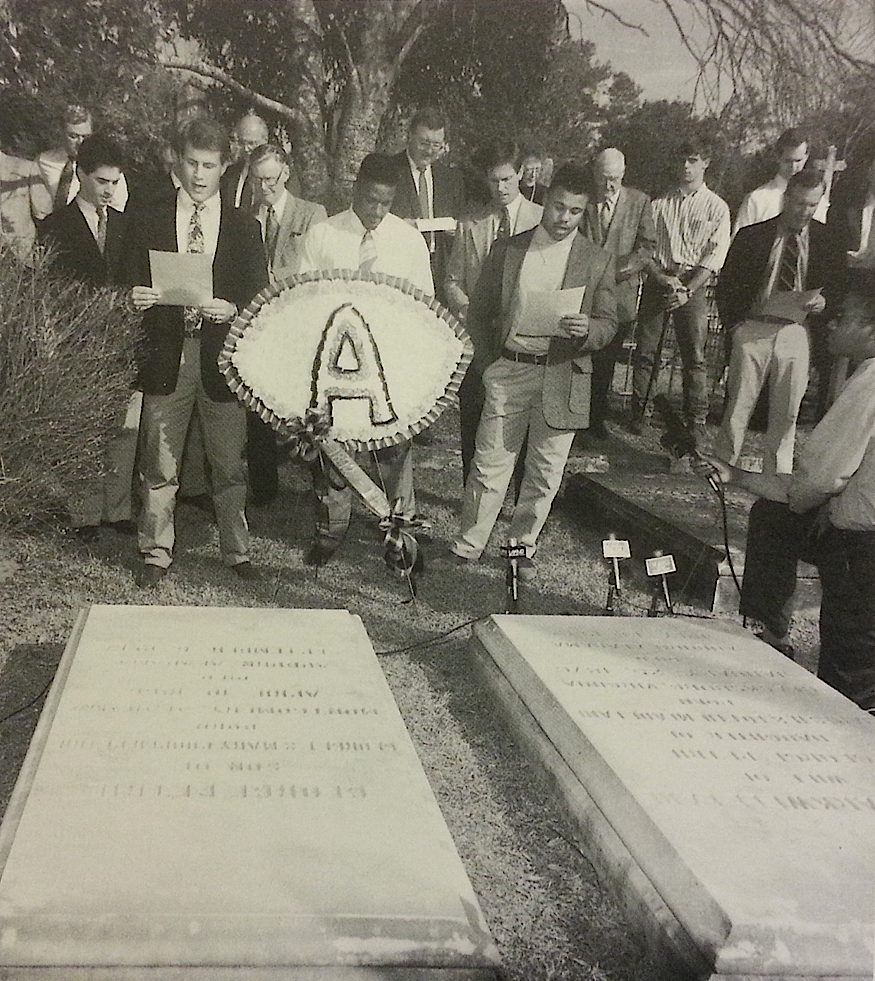 There’s Pat Dye on the right. And can’t you just hear him: “I ain’t smart enough to tell you how I feel about you. I mean, it’s fam’ly…”

Related: The First College Game Played In The South trophy.