The project was officially acknowledged and even smiled upon by AU’s Athletic Department just before Auburn took on Florida State for what would have possibly been eventually claimed as the Tigers’ seventh national championship.

To banner or not to be banner would “be an Auburn family decision”—one that, with all of the “why nots?” coming from Jay Jacobs, you kind of thought was already made, and that when announced would be done with a little more fanfare than, say, a few microscopic hyperlinks.

So yeah, the recent hashtag hysterics over Auburn’s website throwing itself a national championship launch party or whatever? How did that even start? There was nothing new to see, no new information.

Sure, Auburn’s institutional memory ain’t the greatest (see: everything). But that people other than sports writers and coaches have named multiple Auburn teams national champions isn’t some recently discovered secret. People have been saying “well, if we counted like Bama we’d have, like, five or six or seven or something” for as long as I can remember. Emboldened by Skotnicki’s book, a good number of Auburn fans, Jay Jacobs included, have started asking “well, why don’t we count like Bama? And Ole Miss? And Texas A&M and Minnesota and pretty much everyone else?”

Like it or not, AU’s Athletic Department has been “acknowledging” national championship honors for Auburn players that didn’t play in 1957 for at least 11 years. 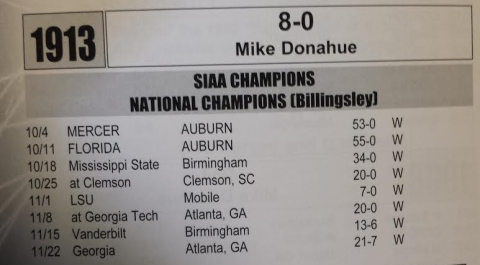 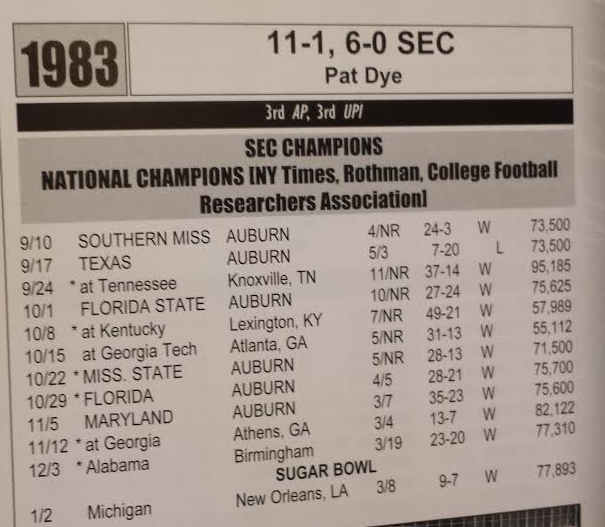 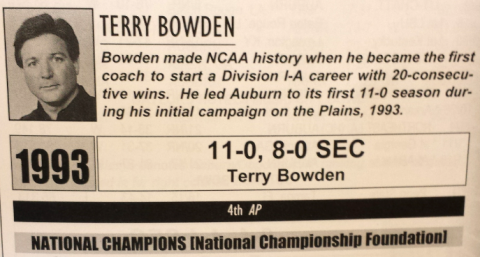 The 2005 media guide immediately acknowledged the 2004 teams as the People’s Choice national champions. 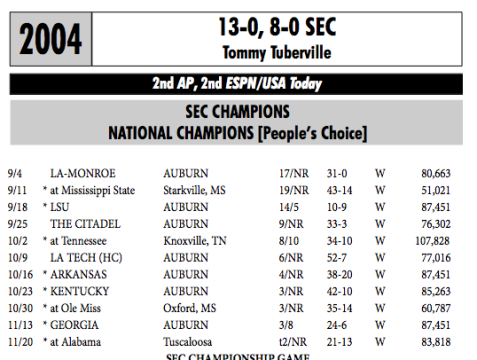 Whatever controversy currently exists pretty much boils down to semantics and stuff. What does it mean to acknowledge something but not (yet) claim it? You can obviously acknowledge that the Academy awarded you an Oscar and simply not accept the Oscar, or accept it and simply not put it on your mantle or brag about it or whatever.

What say you, Eufaula Tribune?