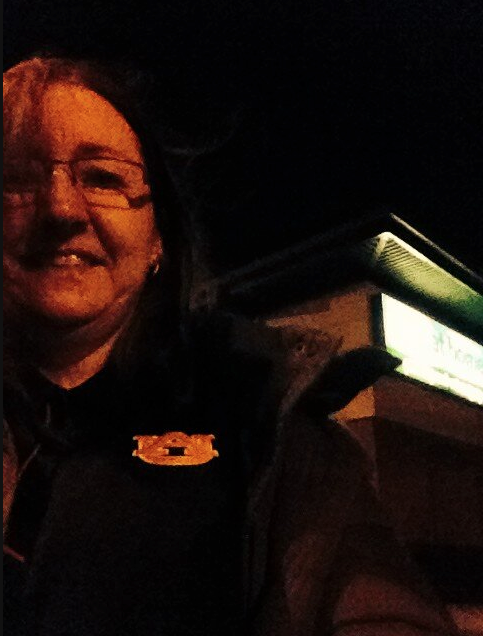 Auburn Athletic Director Jay Jacobs is a man of his word. He said he’d send Dee Ford some Auburn stuff, and he did. Not that Dee Ford, THE Dee Ford: British Dee Ford (TM), the Internet’s most popular Auburn fan, whose baptism by tweet into the Auburn Family—she’s gained more than 1,300 Twitter followers since the fun began two weeks ago—has dee-lighted the entire sports world.

Jacobs sent the college football recruiting expert an Auburn visor and two Auburn shirts (one short-sleeved, one long) as an apology after his tweets joined the chorus of congratulations misdelivered to British Dee Ford (oh, what a glorious, life-changing difference an underscore can make!) after former American Dee Ford’s superlative performance in the Senior Bowl.

“I hope you enjoy the enclosed Auburn gear, our gift to you for tolerating our many fans who sent you Tweets after the Senior Bowl all-star,” Jacobs wrote in the letter enclosed with the swag. “In hindsight, I am glad we had this case of mistaken identity, as it allowed us to make a new friend and fan across the pond.

“You are now part of the ‘Auburn Family’ as we call it, so don’t be surprised if you are greeted with a hearty ‘War Eagle!’ when wearing your Auburn gear.” 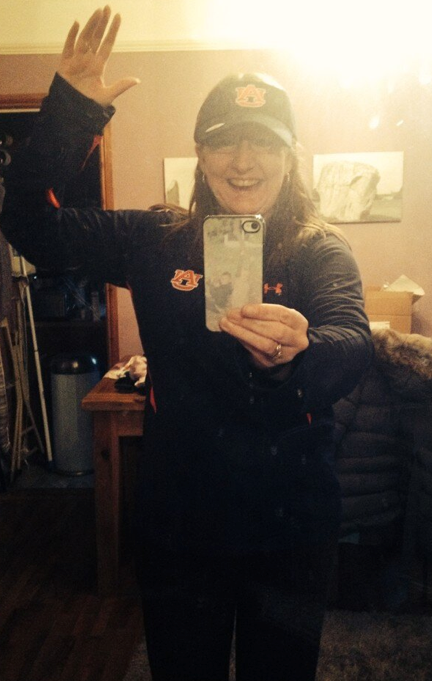 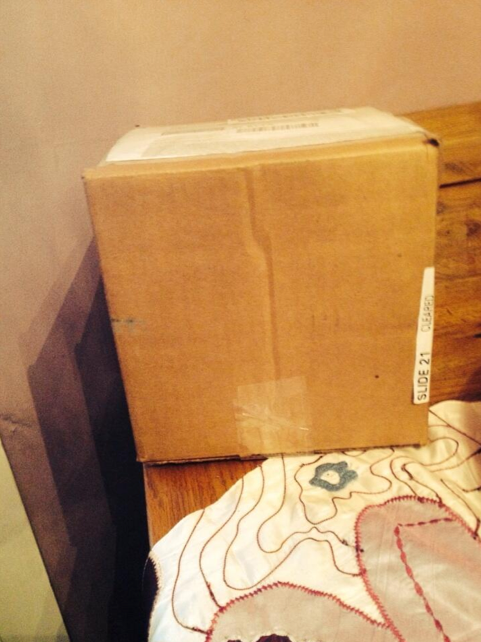 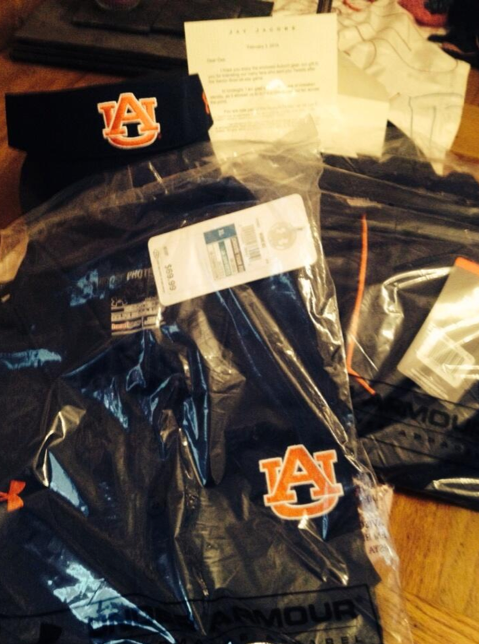 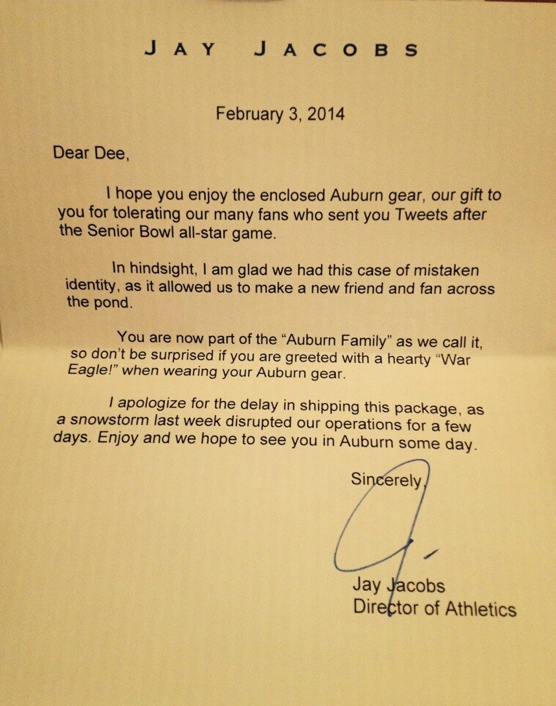 Jacobs said the package would have found it’s way to England sooner save for Snowmageddon.

Jacobs signed off with “Enjoy and we hope to see you in Auburn some day.”

Related: AluminiUm: Listen to the It’s Pronounced Jordan interview with British Dee Ford on The Drive.

More British Auburn stuff: British TV Bombshell Caroline Flack Sports Vintage Auburn Shirt in Maxim / British buzz band The Vaccines sport Auburn shirt in photo shoot / That time Auburn students called the King of England to tell him the score of the 1949 Iron Bowl / Pat Dye on the neonatal recruitment of Prince William: ‘He looks like a split end to me.’