‘73 was huge (and terrifying). There was romantic ’77. Some memories were made in the early ’80s. Obviously TBO93, and some fun recent white outs.

But the three inches in 1968 are kind of neglected. I mean, for the sage of this post we’ll say they’re neglected. Sure we had the thing about the Snow-Women of ’68. But we somehow overlooked the young lady in a miniskirt building / fending off a snowman (Dean Cater is frowning at so many things here) . That’s an important piece of history. 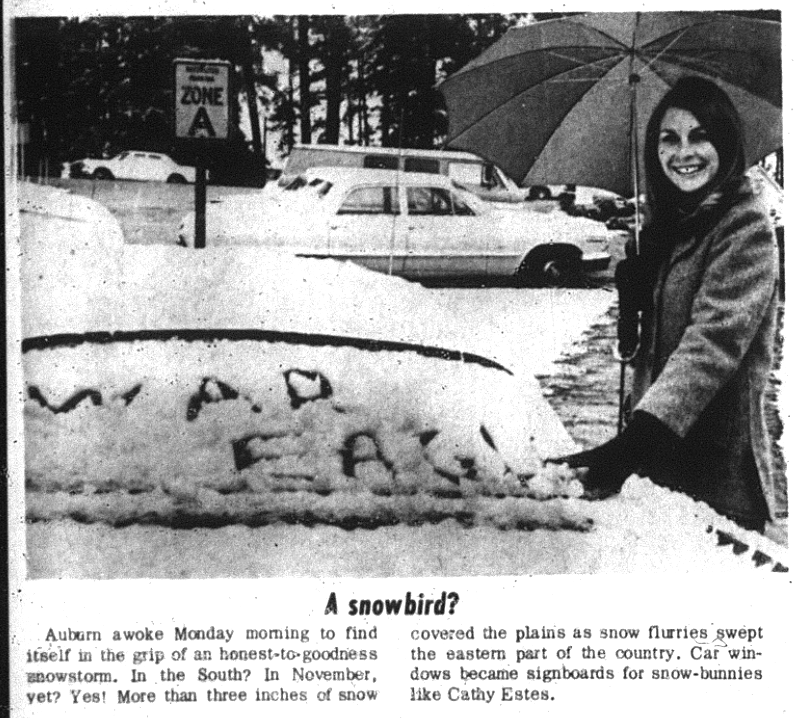 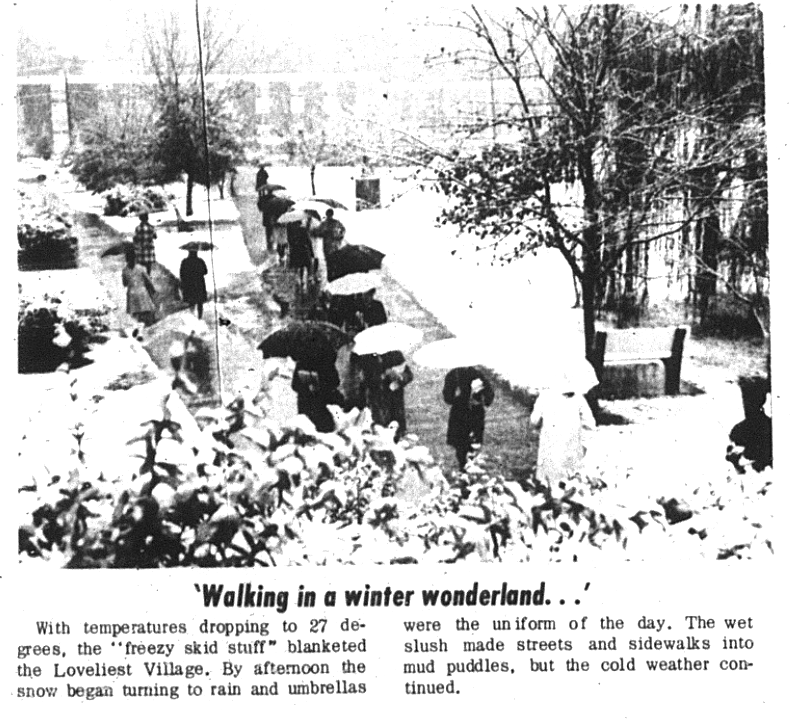 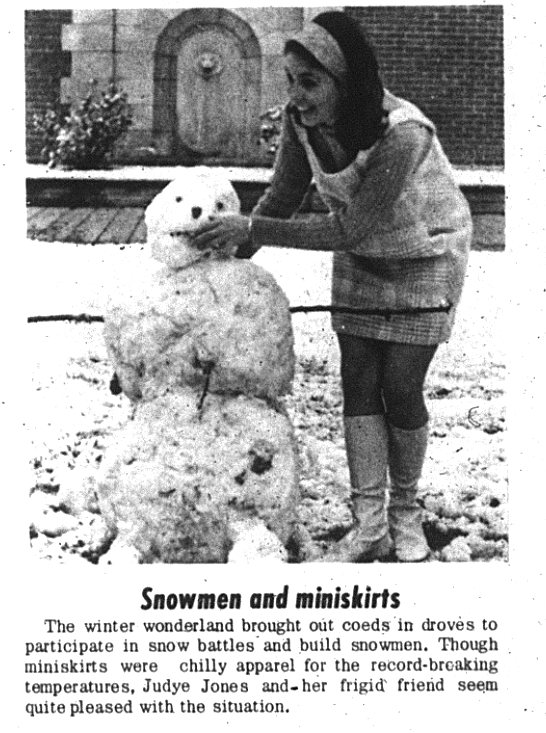