More praise for Shug the basketballer.

Sure, you have to take Elmer Salter’s 1937 sketch of Auburn freshman football coach Ralph Jordan with a grain of Salter–he was Auburn’s publicist, and he was writing it for the Plainsman. But still, you don’t just call someone “one of the leading sharp-shooters in basket-ball ever to play in Dixie” to fill some space. 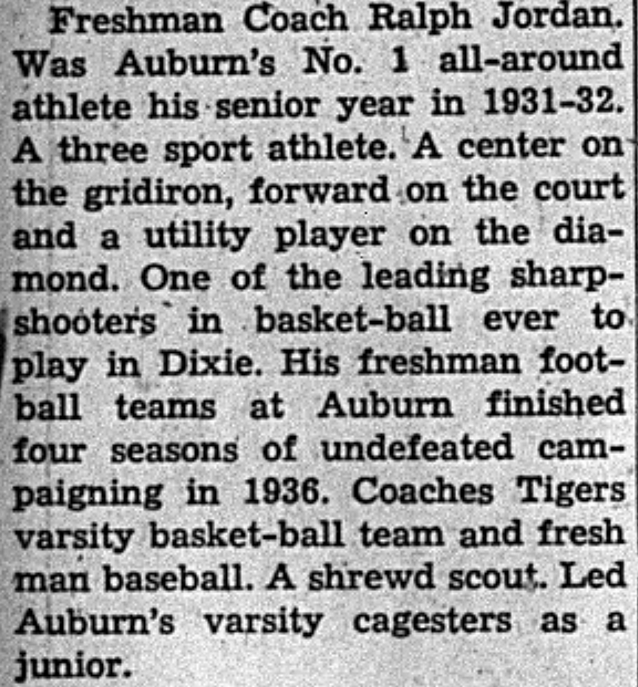 Salter wasn’t the only former Auburn media man to claim the stud forward had a knack for string music.

According to Auburn student David Housel, Shug was the Pete Maravich of 1929-30. He scored more points that year as a sophomore than any other player in the then Southern Conference. What makes that stat even more impressive is that he pulled it off on an Auburn team that managed only one conference win. And before heading off to kill Nazis with the power of football in his heart and the Auburn Creed in his pocket or shoe or whatever, he was as almost as good calling the shots as he was as sinking them.

Kentucky’s Adolph Rupp once said Shug was “as fine a football coach as he was a basketball coach.”