Lost Iron Bowl bet stories pop up every second. But what makes this one unique is that the Auburn hat Senator Del Marsh, President Pro Tem of the Alabama State Senate, provided state senator and Bama fan Robert Bedford to wear on the first day of the 2014 Alabama legislative session isn’t just some baseball cap (like the one Marsh is wearing in the photo below), but one of those wacky eagle helmet things from the 70s that you’d find up on the book shelf at your grandparents house. 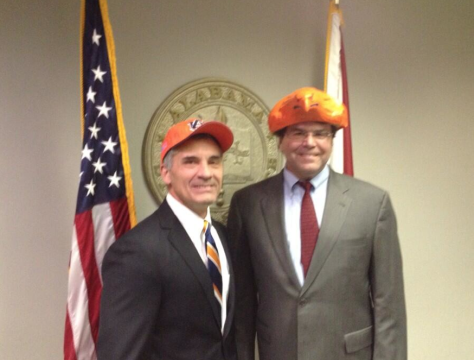 He actually has to wear the thing on the senate floor. 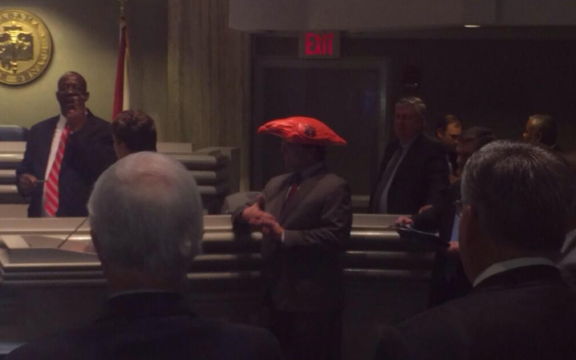 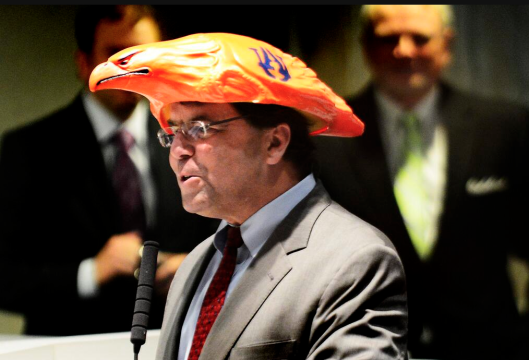