The goalpost, the one closest to the student section, was shaking. And not just from the Iron Bowl earthquake. Before police could thread the horde and form a wall, there were people actively trying to take it down. Or at least one person. I couldn’t zoom in enough to tweet out a good shot of that warrior. But Anniston Star photographer Bill Wilson sure enough was. 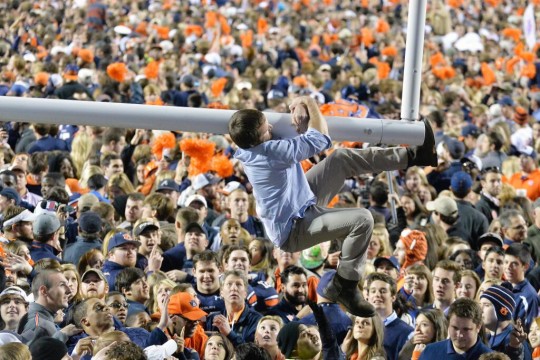 Related: Photos of Auburn players, students carrying the goalpost after the 1997 Iron Bowl.