He missed a few things while he was away.

… like foiling six male FSU students’ attempt to abscond with / doctor two pairs of Auburn panties as part of their Sigma Nu initiation. 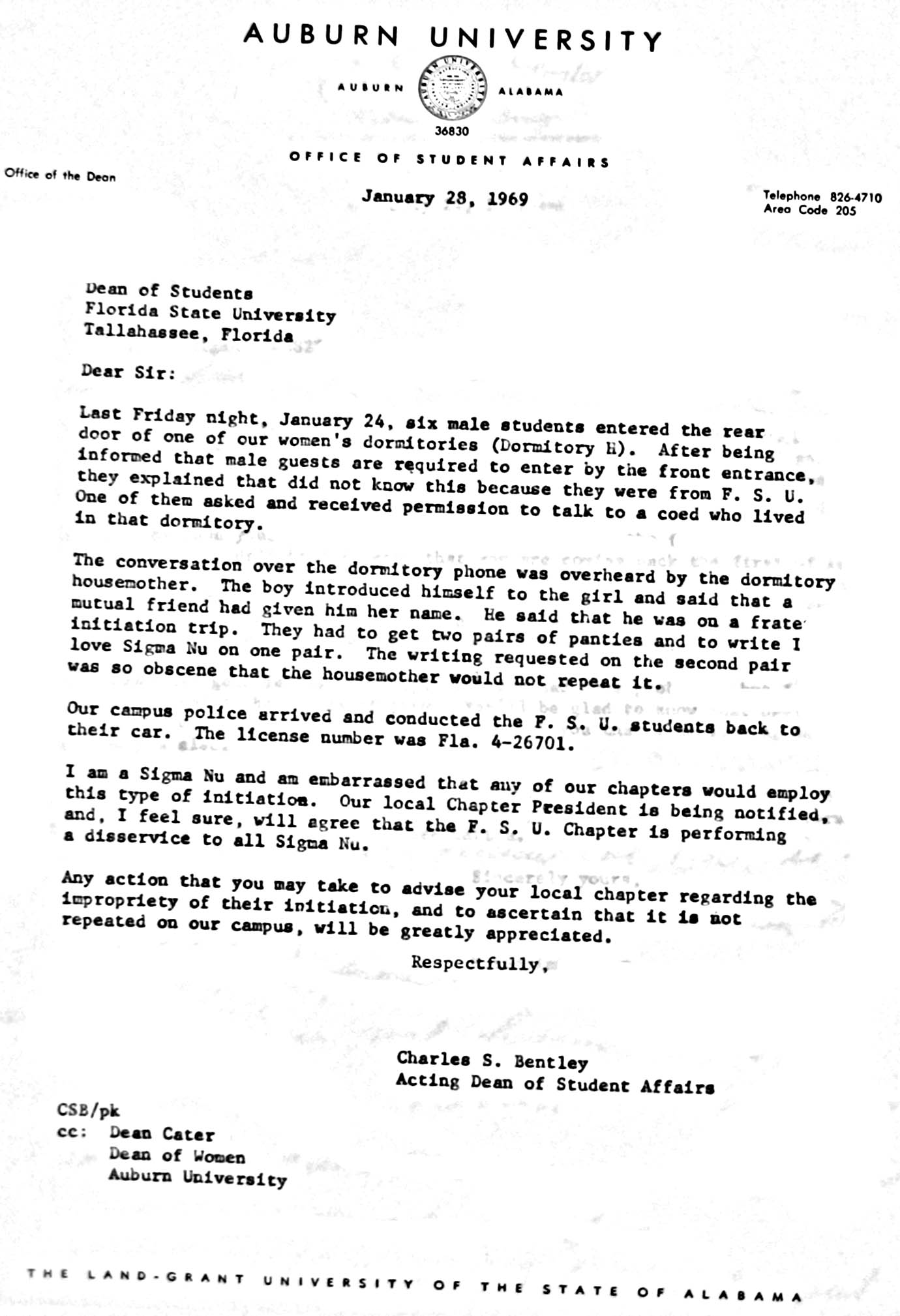 Foy was a Sigma Nu himself and his great uncle Clifton founded the fraternity’s Auburn chapter. He would not have been pleased (God only knows what sort of “psycho-social” reverse Michigan State psychology he would have used on these poor rubes in order to exact confessions).

He would, however, be very pleased with Young Bartley’s ruminations on Auburn’s “Foy-shaped hole.”

Related: Dean Foy on the lewdness of youth.