The souls of thousands of Auburn fans were poured into Jordan-Hare Stadium last night. And the ashes of at least one.

At least we’re hoping it was Auburn fan.

Yes, amid the cups and tears and blood and shakers and Lord knows what else littering the field after Auburn fans made it disappear Saturday night is a pile of what the Auburn Turfgrass Management team says is cremated human remains. 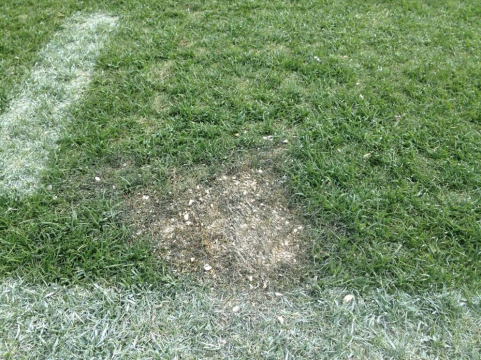 We presume the deceased asked to be laid to rest at the site of the greatest football game ever.

We’re told this isn’t the first time this has happened—the grounds crew has apparently become pretty adept at identifying crematory ashes (it’s the bone fragments). But surely it’s the most ______.

(Apparently it also kills the grass.)

UPDATE: We’re now told that sideline is the Auburn (duh) sideline, at about the 40 yard line, right around the “OH MY GOD.” Holy ground, in other words.