Judging from the marquee—”Come See How The Japs Almost Get Kennedy”—at the Tiger Theater advertising showings of the Young JFK biopic PT 109 in the weeks preceding his assassination, John F. Kennedy may not have been terribly popular in Auburn, at least before Nov. 22, 1963. But the increasingly progressive Plainsman thought that, if there was something good to be found in the tragedy in Dallas, it was that it provided the perfect excuse for the country, and especially the South, to do away with all the hate that the Plainsman felt must have ultimately fired the bullets, and start getting its act together.

“The shooting of The President should impress upon the mind of every student the absolute necessity of law and order prevailing, when and if Negro Harold Frankly is admitted to this university,” the paper wrote in the editorial it ran after JFK’s death. Here, you can read the whole thing. 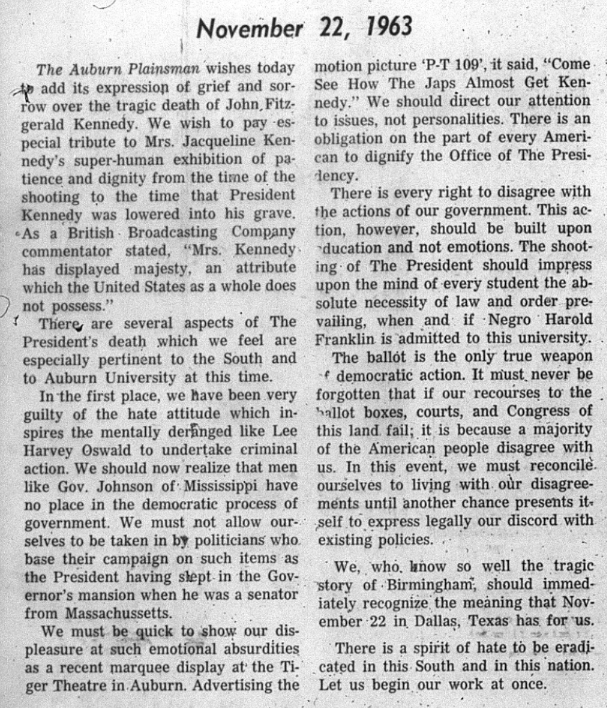 In the same issue, there was a letter criticizing Auburn for how it honored—or didn’t honor—JFK at the Auburn-Florida State game, which was played the day after his death. You can read it here.