Members of the 1983 S.E.C Champions (and National Champions, as far as I’m concerned) Auburn team will be honored Saturday during the Florida Atlantic game. The ’83 team is my favorite Auburn team of all time. We all know the story from that year. Playing one of the toughest schedules in college football history, Auburn defeated Michigan 9 to 7 in the Sugar Bowl to finish the season 11-1. Unfortunately, Miami defeated No. 1 Nebraska in the Orange Bowl that same night and leapfrogged Auburn for the national championship. Miami may have finished No. 1 in the polls, but Auburn finished No. 1 in the hearts and minds and storefront windows of Auburn people everywhere. Here’s a look at some War Eagle Relics from that glorious year… 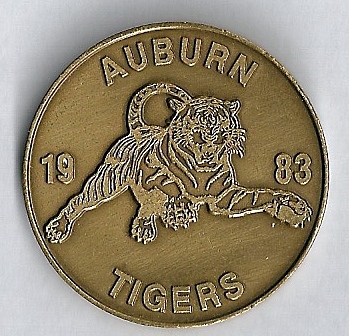 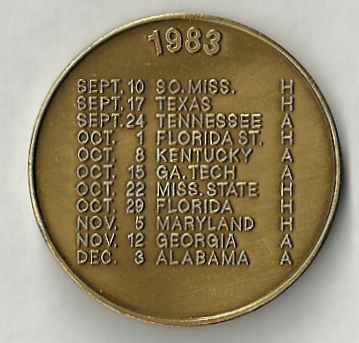 A gift from my grandfather. I was hesitant to include this item because it is the same as the 1993 coin from a previous post (same leaping-Tiger logo on the front), but to appreciate what the ’83 team accomplished, you must see that schedule. Auburn defeated four Top Ten teams (and also No. 19 Alabama) in their last five games. 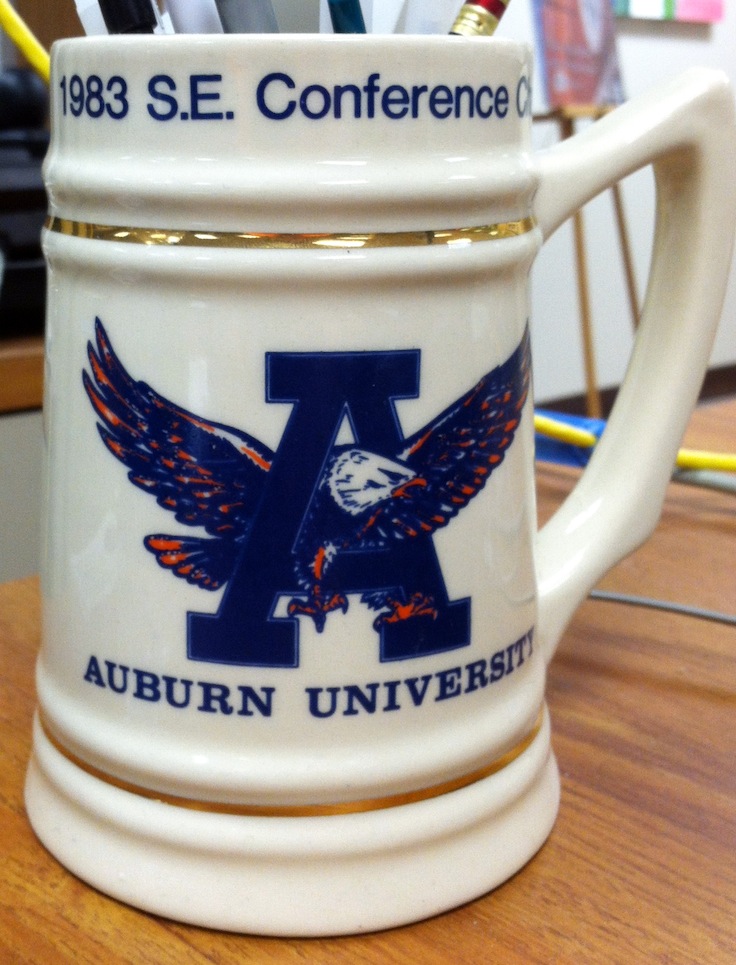 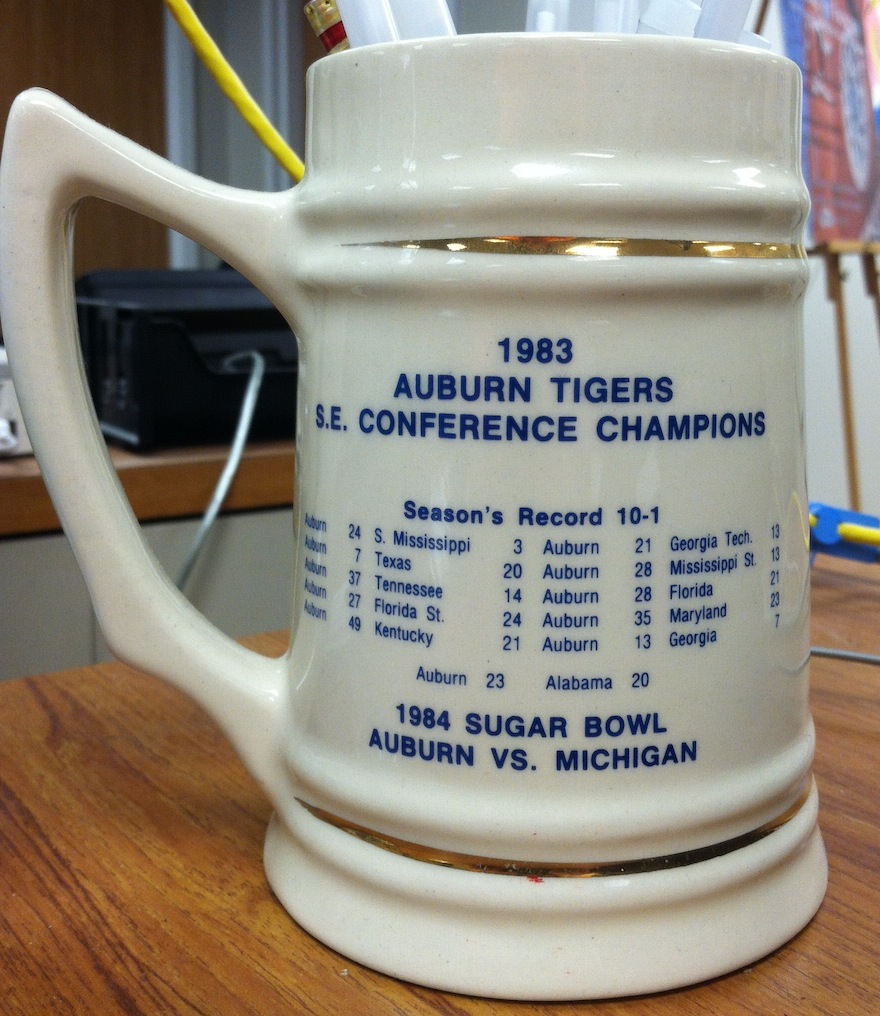 “You might have featured something similar to this already, but I use this 1983 SEC champs beer stein as my pen cup. It was passed down from my first boss (an Auburn grad) when he left my office. He said his boss (also an Auburn grad) had passed it down to him.” -Colton Campbell

The classic Auburn eagle logo on the front and the regular season results on the back. It isn’t the sexiest Auburn beer stein in the world, but any frosty beverage consumed from this stein is guaranteed to satisfy. 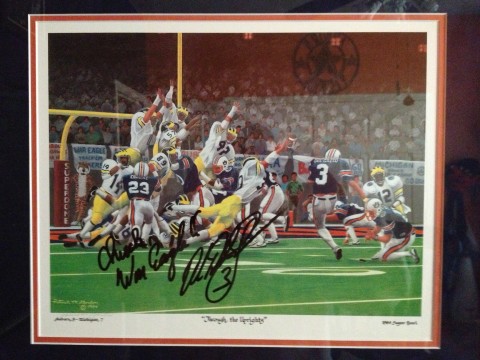 “It was my freshman year at Auburn and I never saw my Dad more excited about a game. (At that time). We did it up first class, stayed at the Sheraton on Canal Street, Breakfast at Brennan’s, etc. He bought that picture when it came out. They had Al sign it after the 2010 season and gave it to me to help ‘christen’ my new Auburn room, where it hangs in honor. War Eagle!” -Chuck Heaton ’88 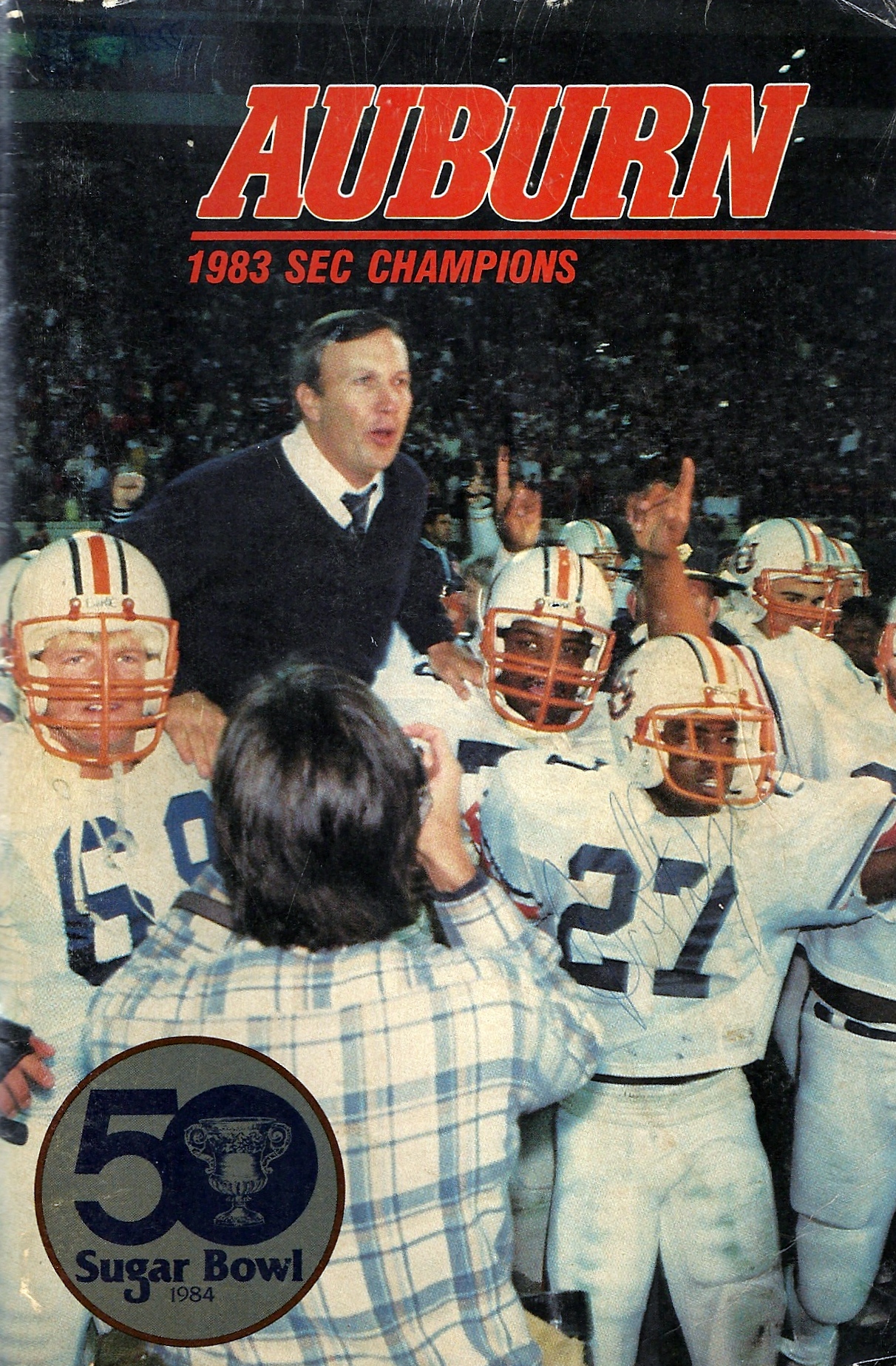 I can’t remember which Auburn player gave me this ribbon, but I believe it was No, 79 Donnie Humphrey, who was my favorite player at the time. That night is bittersweet to me now because it was the last time my grandfather and I were together for an Auburn event. He passed away just two weeks later.

Thank you to Colton Campbell and Chuck Heaton for sharing their Relics. Also, thanks to Riley Downing (@FearlessandTrue) for passing along the War Eagle Relics post. If you have any Auburn items you would like to share for a future post, please e-mail them to me at [email protected] or send me a tweet @AU_History.