I was proud enough, I guess, about the program cover and that awesome photo of Bo and a lady fan, and definitely the rare photos of him sightseeing. But it was all technically on the Internet before we found it, even if in hard to reach corners.

But this—THIS is Bo in Japan stuff you hope you can provide for people when you have a website featuring what we would technically refer to as a separate blog devoted entirely to Bo Jackson: Never-bef0re-seen photos of Bo at the 1986 Ricoh Japan Bowl scanned just for you by Carolyn Yano, the wife of the Japan Bowl’s travel coordinator. 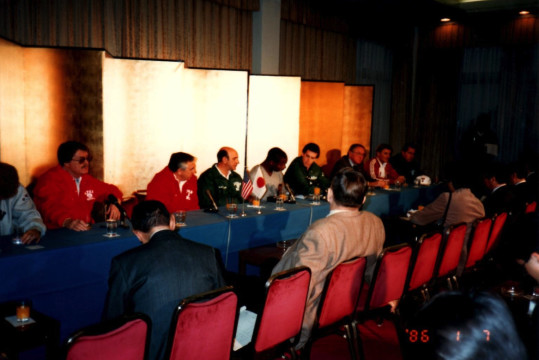 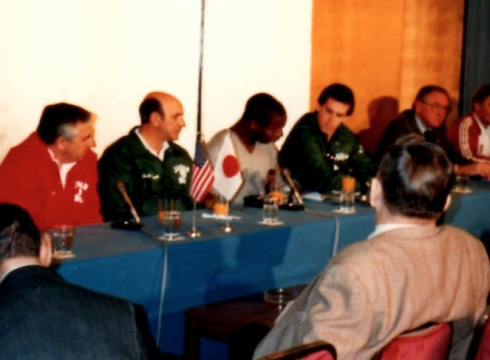 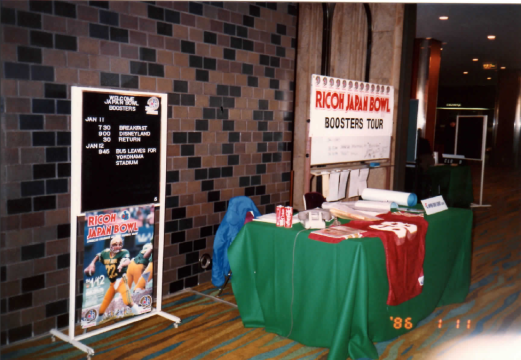 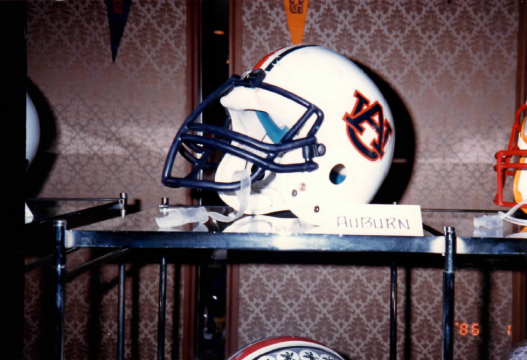 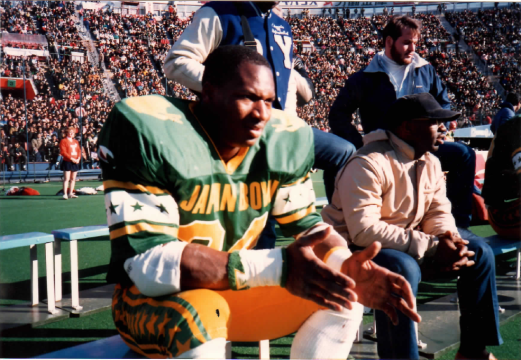 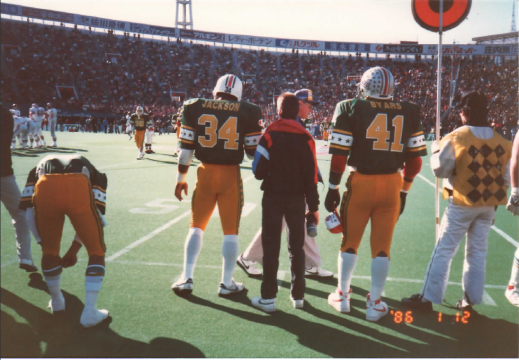 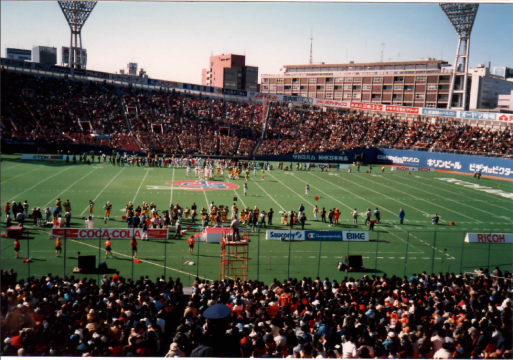 Bo’s 171 yards and three touchdowns, including the game winner, a 57-yard run in the 4th quarter, was enough to beat the West team (31-14), earn him MVP honors, set a Japan Bowl rushing record (previously 85 yards), and land the cover of the program for 1987 game.

“Bo was very popular with the Japanese,” Yano says. “Not only his reputation and skills, but his dignity, was well respected.”

She says Bo was, however, camera shy. Which is maybe for the best, Bo—I’m not sure TWER could have handled it if you’d been one of the players to try Sumo during the fun night. 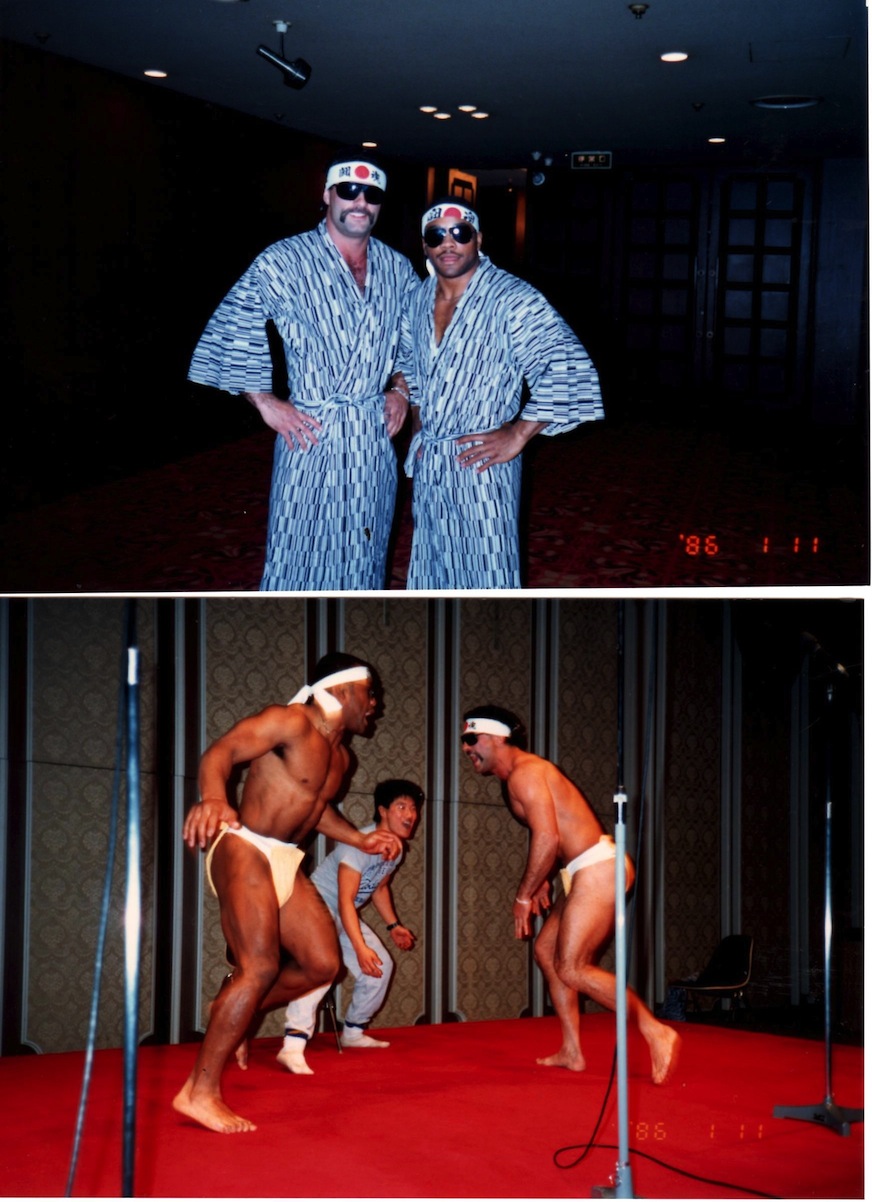 Lord, does anyone recognize these studs? These are seriously the most 1985 College Football Stars Visiting Japan photos ever taken, or that ever could have been taken. (There’s a movie waiting to be made here. Probably a sequel, too.)

Oh, and here’s a shot of Mr. Yano with another Auburn player on the roster (anyone?), and some other dudes. 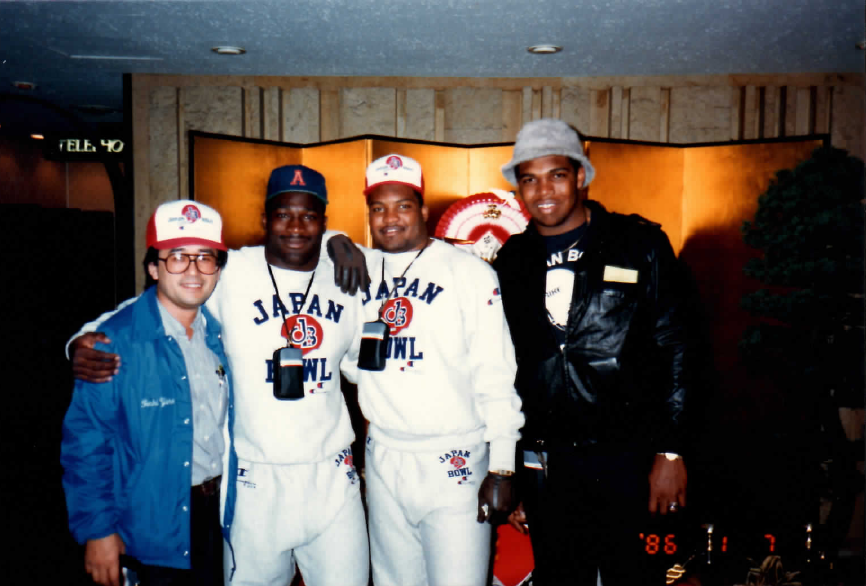