And if he thinks you’re Flubber’ing up the pigskin, even if it’s to preserve a Cinderella season for Medfield, he’s going to call you on it and demand the football be sent to SEC laboratories, which — as if the unheralded, unrewarded, untelevised, undefeated 1993 season of Auburn football wasn’t cinematic enough — is exactly (supposedly) what he did after his Mississippi State Bulldogs fell 31-17 to Terry Bowden’s first group of Auburn Tigers, a team that included a punter named Terry Daniel whose leg strength was envied by Flubber and other lighter than air gases. 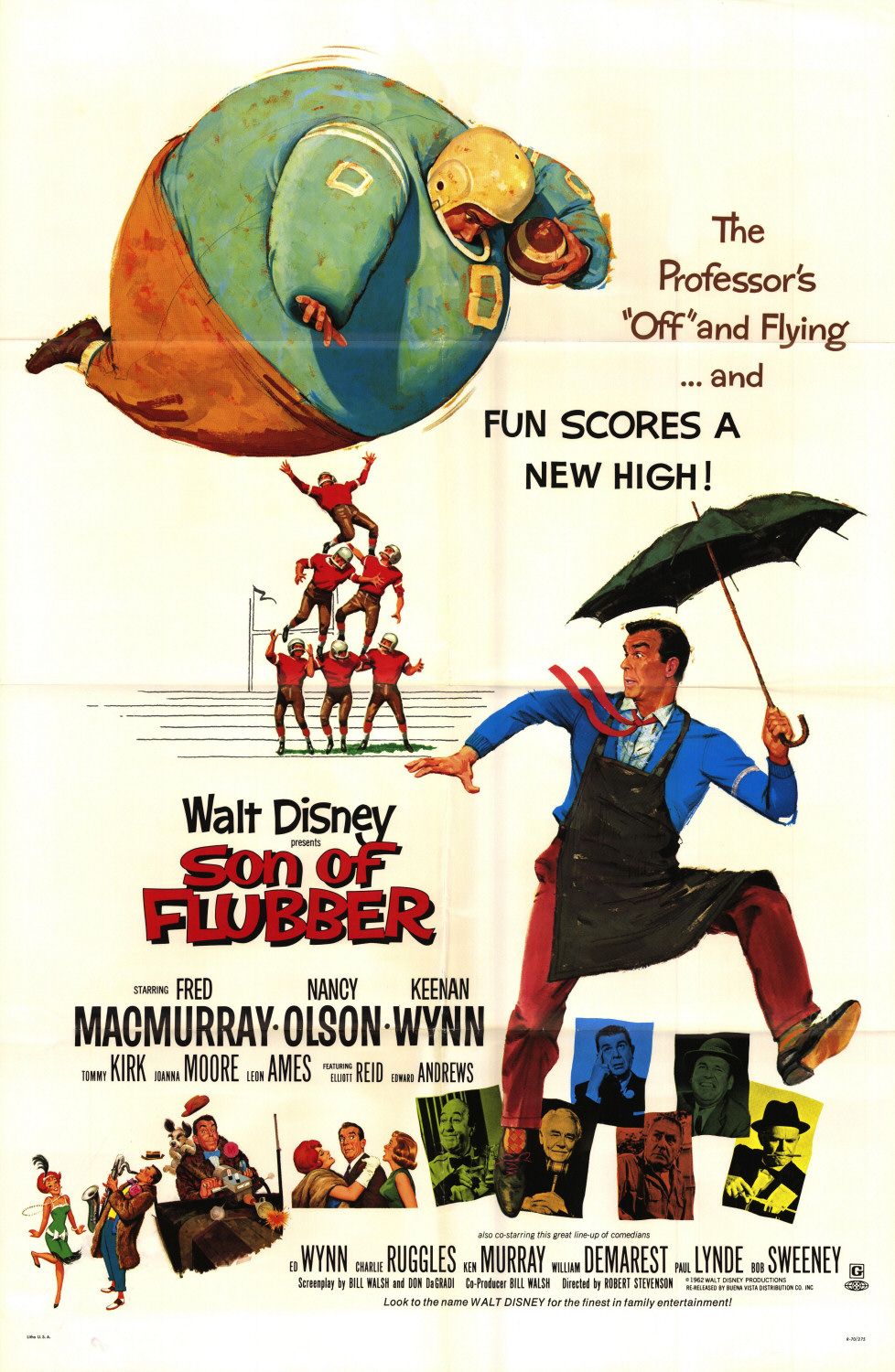 Daniel was the nation’s leading punter, he was a star — when I ran into him 10 years later I could barely bring myself to say “War Eagle.” He punted twice against MSU for a 56.5 yard average. Sherrill thought something was up, as it were — specifically, that Auburn was spiking the football ball with helium. And he complained about it.

I’d forgotten all about it. Van reminded me.

But what really happened? 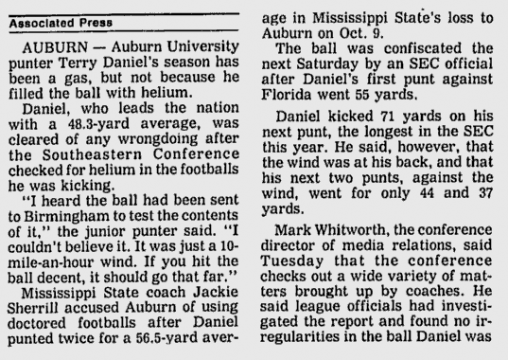 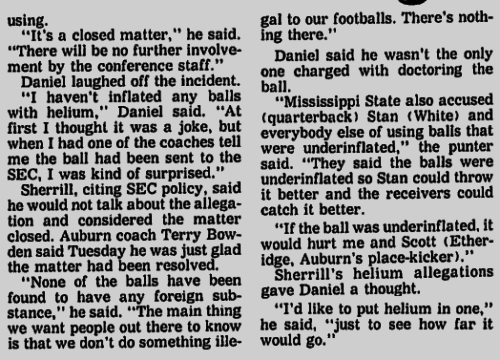 So wow far would a helium-filled football go? Pretty much the same distance as it would with air. From the Milwaukee Journal, Oct. 28, 1993: 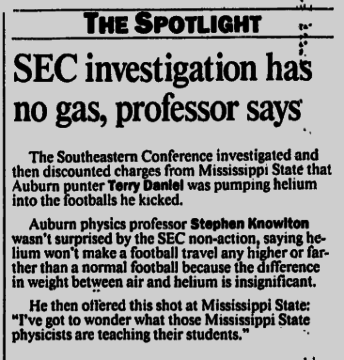 The Helium vs. Air debate — and it’s really not much of one — was actually the subject of a 2006 episode of Mythbusters that proved that a football filled with helium was actually at a slight, counterintutive disadvantage to one filled with regular old air in terms of distance covered when thrown or punted.

For what it’s worth, though he admits to complaining to officials about Auburn’s balls, Sherrill denied accusing Bowden and Co. of actually pumping them with helium. From The Deseret News, Oct. 28, 1993: 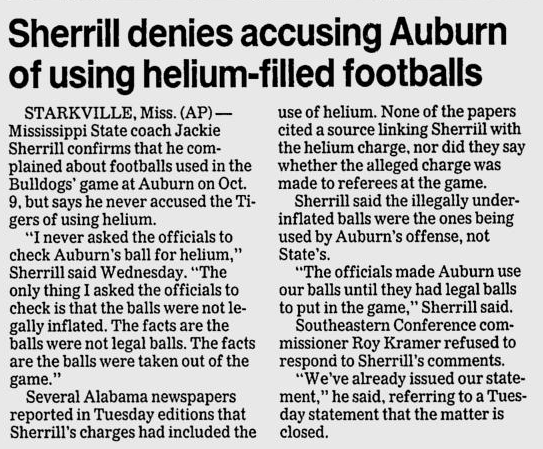 Also, it seems odd that the SEC’s investigation would include a test for foreign substances i.e. (per The New York Times) helium, had no charges along those lines been made. But whatever. Daniel kicked a 71-yarder against Florida with a ball filled with “honest-to-goodness air.” The SEC closed the case. Auburn went undefeated. The sports sections moved on.

The last, searchable word on the matter seems to have been had by Auburn’s then placekicker Scott Etheridge, quoted in Sports Illustrated’s commemorative “That Perfect Season” issue published that December.

“Terry’s punts are the product of his giant butt,” said Etheridge, who earlier in the story on Auburn’s special teams unit described stellar long snapper Brian “Brainsworth” Brinsfield as having “the best butt in college football.”

“Terry doesn’t even know what helium is. He thinks it’s a town in Alabama.”

You can watch Terry Bowden keep a straight face responding to the helium allegations here.