Anna Peek wondered if anyone noticed. Probably not—I mean, the Big Apple has been saturated with Auburn the past few years [Exhibit A, Exhibit B, Exhibit C, Exhibit DiCaprio].

So when the photo of her tailgaiting with friends at the Arkansas State game won the #everywhereUR hashtag lottery and was broadcast Cam-style via digital billboard over Times Square, the people below probably just thought it was New Yorkers being New Yorkers, like this guy. Or maybe just another ad for that new musical. Or that hotel. 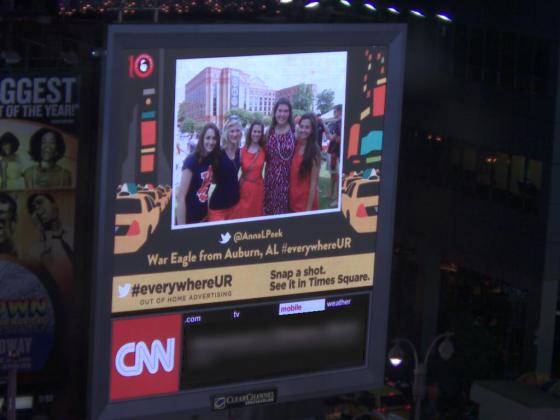 Here’s a wider shot for context, before you’re all, like, “Digital billboard? That’s just a small plasma screen at Sbarro.” 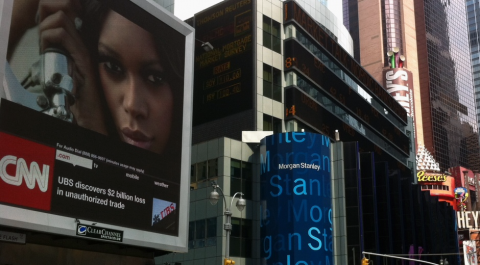 She totally deserves one of those awesome shirts.