“When we finished it (the roof) was so white, we thought we really should do something with that,” says Ware’s Vice President Tina Ware. “We thought ‘wouldn’t it be cool if we could do a big War Eagle.'”

“We just thought it’d be a fun thing to do to get into the spirit of football season,” Ware says. “It’s an exciting time to live in Auburn.” 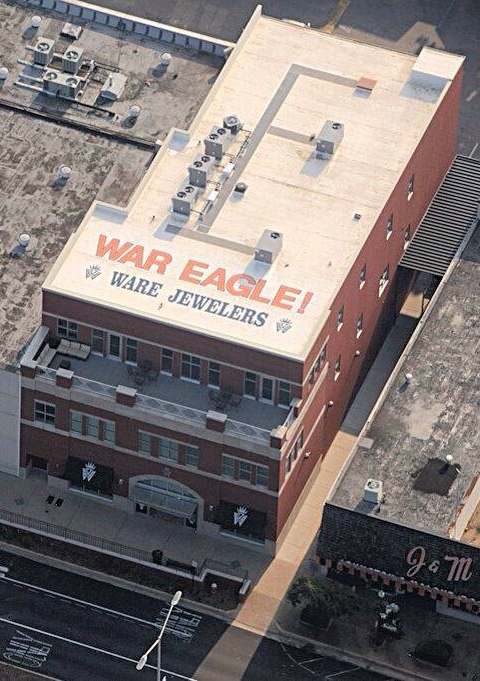