Football program covers printed during the early and mid 40s were, understandably, veritable War Bond posters. Auburn’s—especially during 1944—were no exception. Here are five of the most patriotic we’ve found so far.

If we were ranking them, you’d think the genius ’44 Georgia Tech program would No. 1 by a militaristic mile (they don’t call’em long bombs for nothing).

But Good Lord, it’s hard to argue with an eagle clutching a football above servicemen charging into the fascist fray (with an American flag background), or the stony visage of Uncle Sam subtly superimposed with scenes of both actual and gridiron warfare. 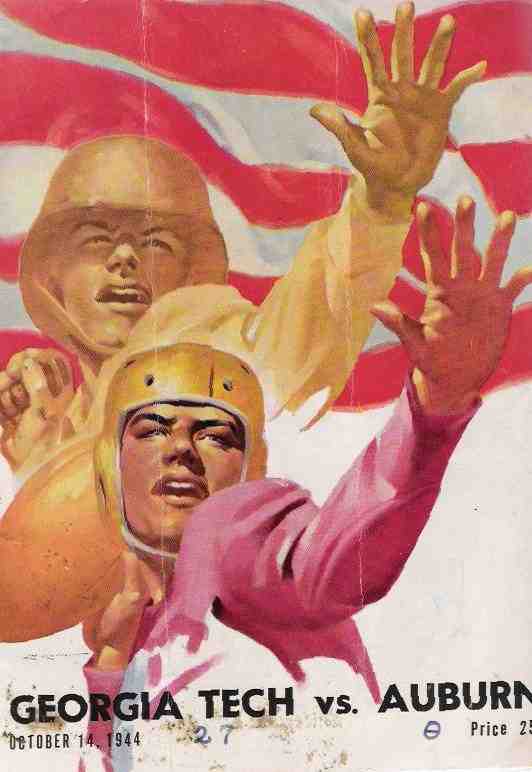 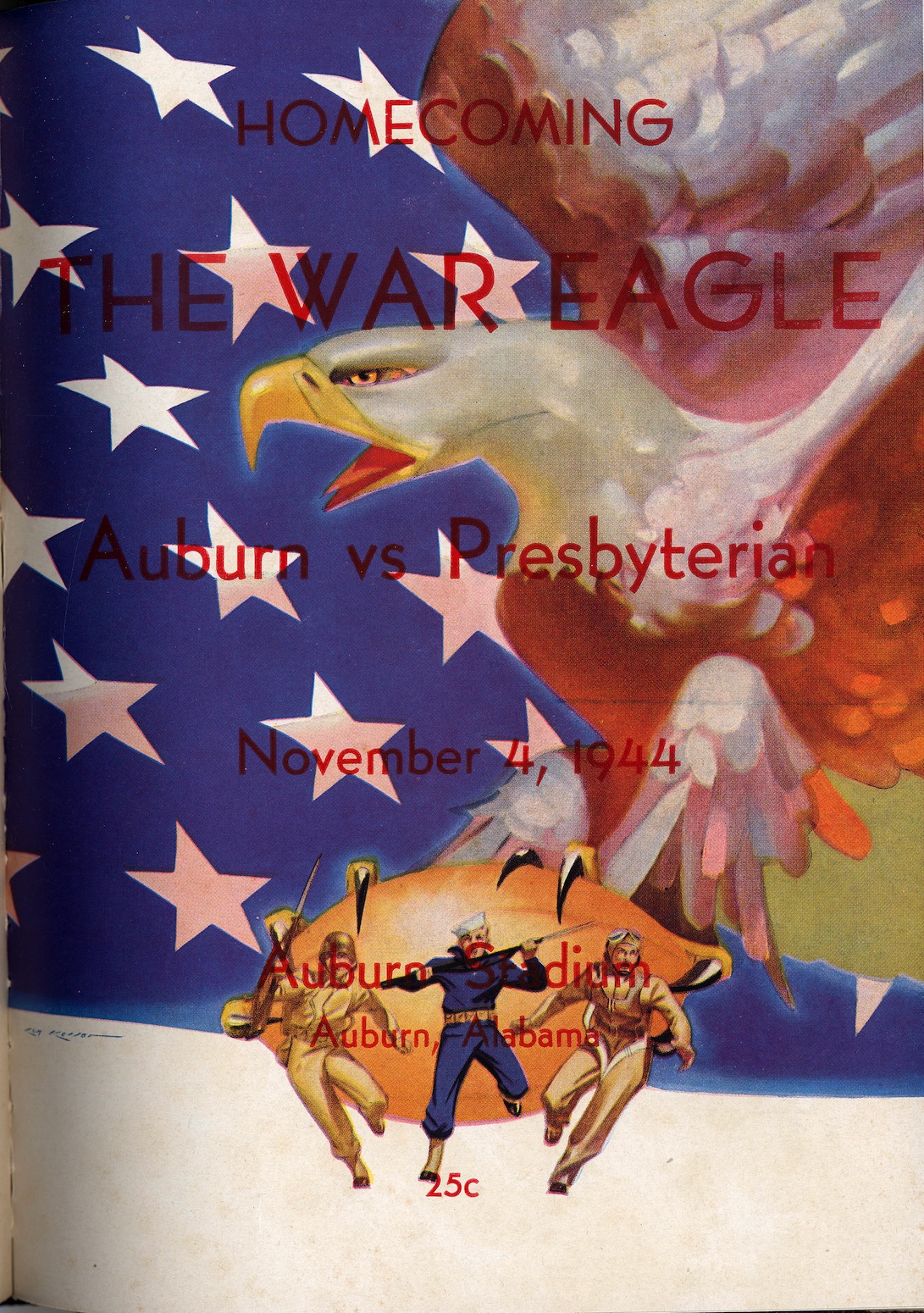 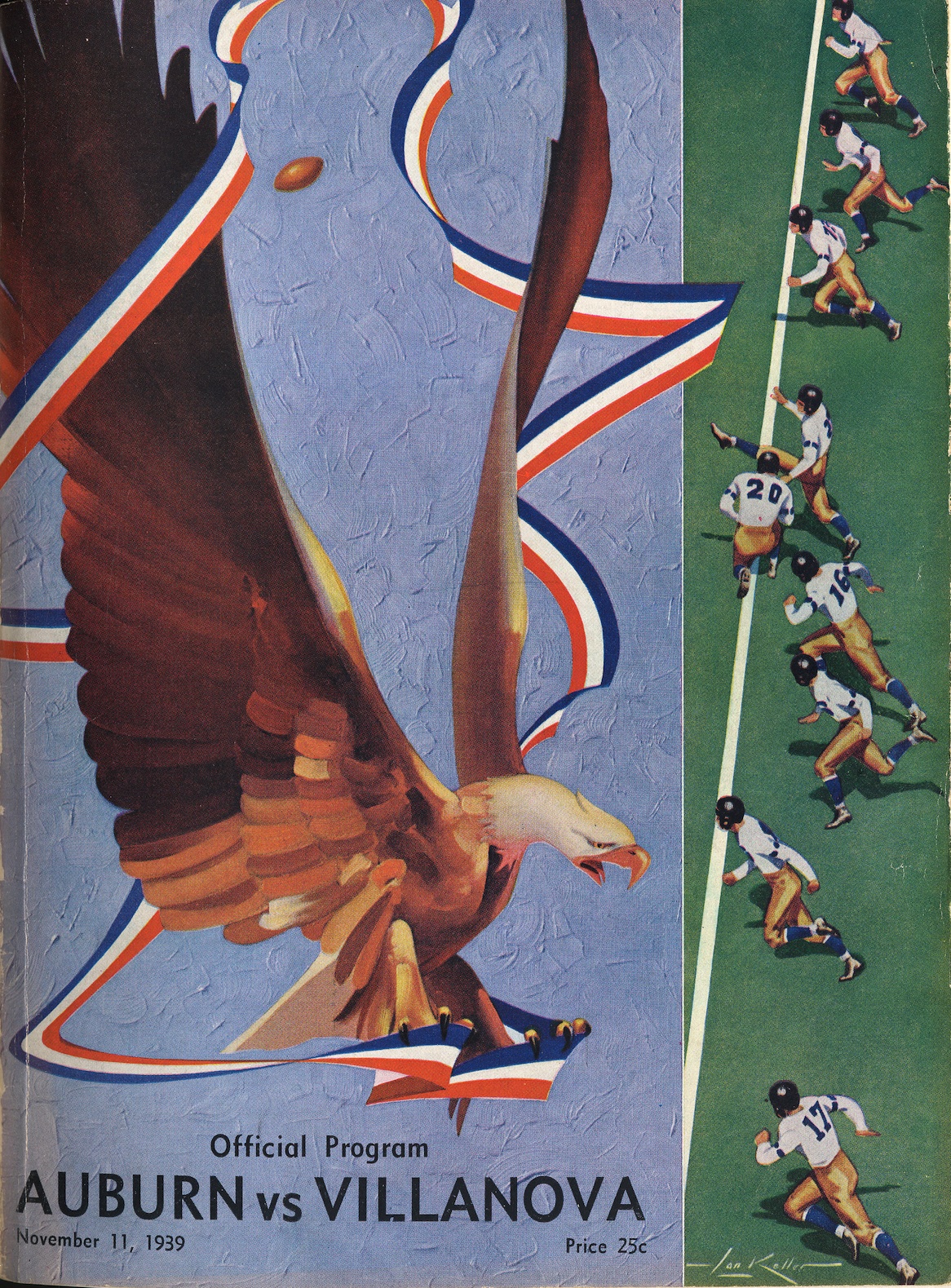 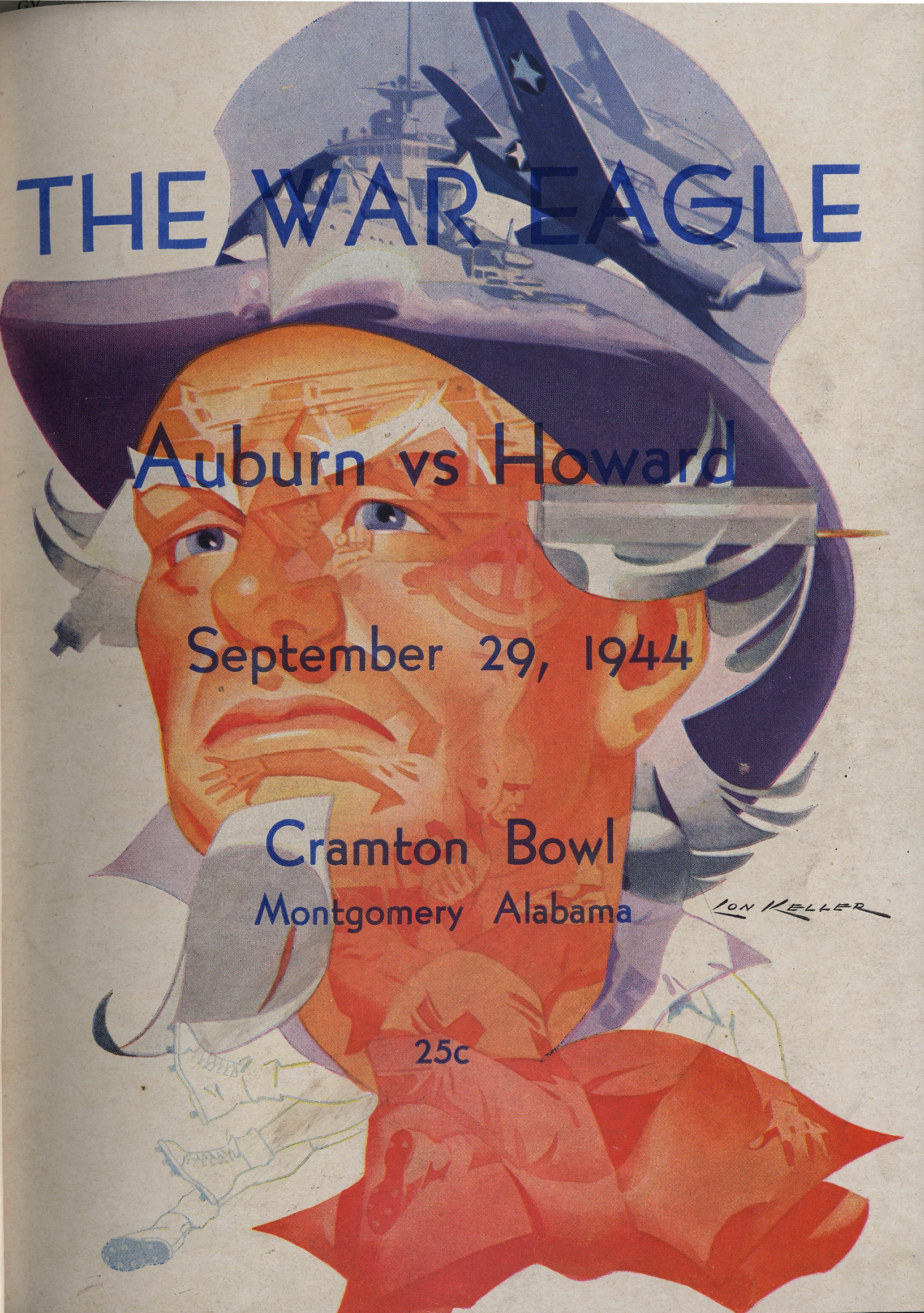 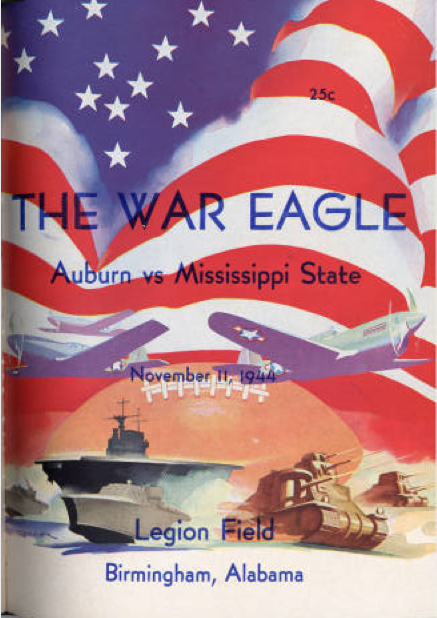 Related: Aubie waving an American flag after an Auburn touchdown.