The Tigerettes’ goal was 50,000 shirts sold / worn. It was for charity and for the record books: Most Identical T-Shirts Worn At The Same Time And The Same Place.

They called it the “Top O’ The Tiger” campaign. It started in August 1991, but only 5,000 had been sold by mid-October. The Same Time and Place—the Nov. 2 home game vs. Florida—was coming up fast. So Pat Dye took to the airwaves, urging fans to buy the shirts (Anders, J&M, wherever) on the Auburn Football Review that aired after Auburn’s win over Ole Miss (which you should watch because you can). It was for a good cause, of course, a sort of Birmingham-based Make-A-Wish type thing called Gifts, Inc. And hey, the Gators running into a sea of white shirts? That might be kind of intimidating, Dye said. 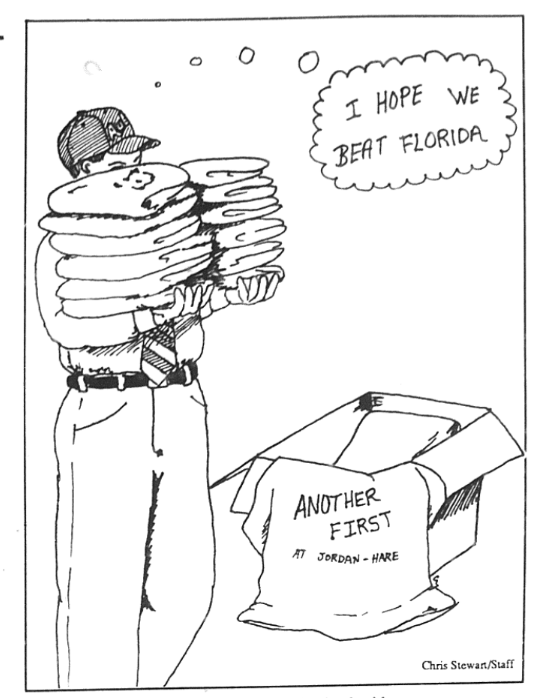 It wasn’t intimidating; Florida won. They won kinda big. But it did break a record: 13,000. Phil Snow said it, and Dye confirmed. That’s good enough for me. It was one of the few bright spots on the next week’s show (the other bright spot was Corey Barlowe’s glasses) which you can watch in its entirety here.