Now add soon-to-be Eagles lead guitarist Don Felder (who Walsh probably got the idea from) to the list of rockers who thought taking the Beard-Eaves stage in an Auburn shirt would be good for business… that it could maybe, just maybe help Crosby & Nash—he was filling in f0r that LSU shirt-wearing Stephen Stills—land the elusive Auburn double encore that magical November night in 1973… 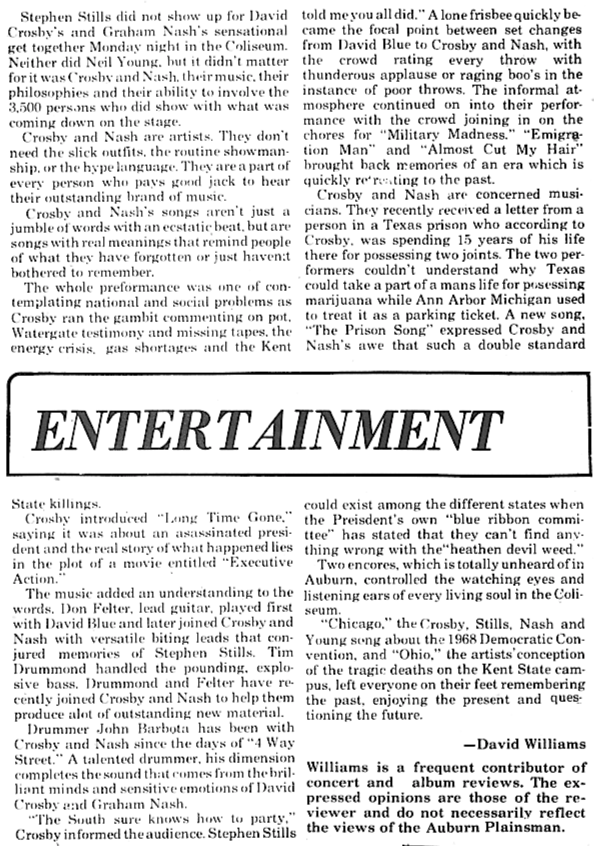