“A soon as he came up to her, he wanted to know her name and we told him her name and he just bent over unlacing his shoes and I just thought he’d give her a shoelace and thought, ‘What he’s doing?’ 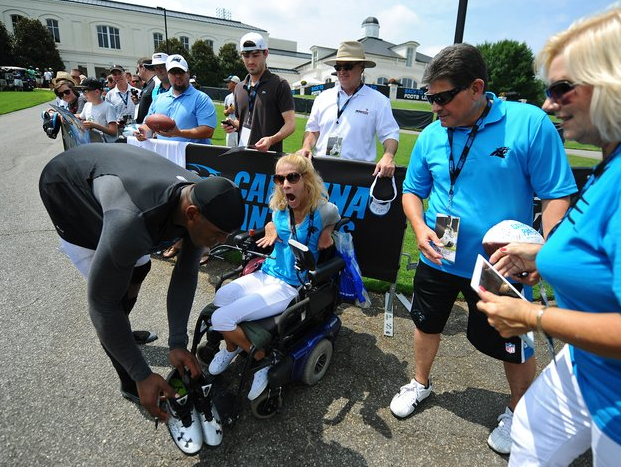 Here’s what he was doing.