Make that beautiful double rainbow. You can barely catch it in Tim’s photo, but there’s another one peeking through at the top, just begging for someone to freak out about what it MEANS for Auburn football.

Here’s how it looked from the parking lot of the new Publix just down the road. 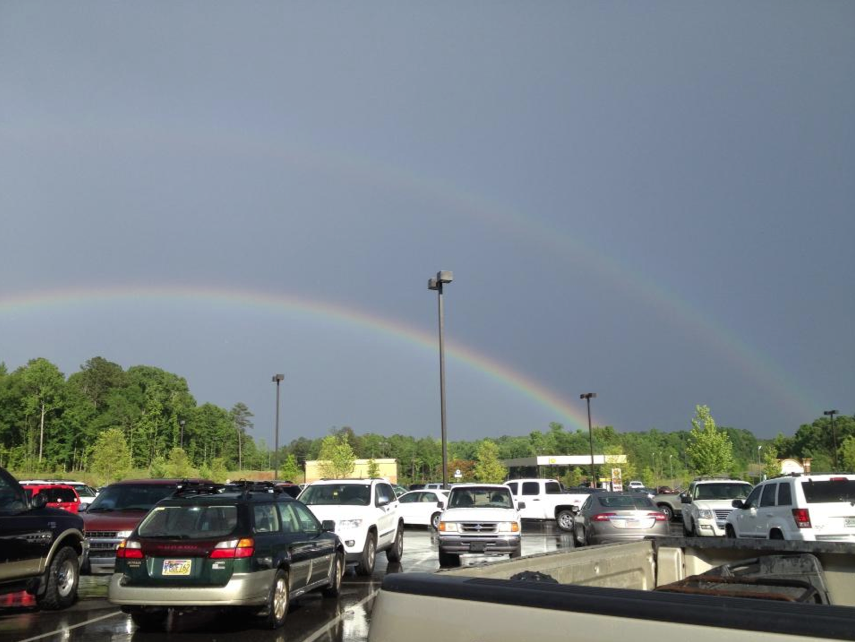 We’re interpreting it Biblically, as a promise that God will never go 2009 West Virginia on Pat Dye Field ever again again. (Not that it’d matter.)