She was there, hobnobbing and tweeting and decking her hotel room with “little pieces” of Auburn. He was there, giving interviews to people who two years earlier had predicted his Heisman Trophy would be revoked, and that he’d “leave a scandal-marred program” in his wake. It was the Super Bowl. We expected a super photo, the gravitational Goober Grape of The Month Of Young Auburn Superstar Pageviews That Was.

We watched, we waited. We’re just not sure how we missed it. Here it is. 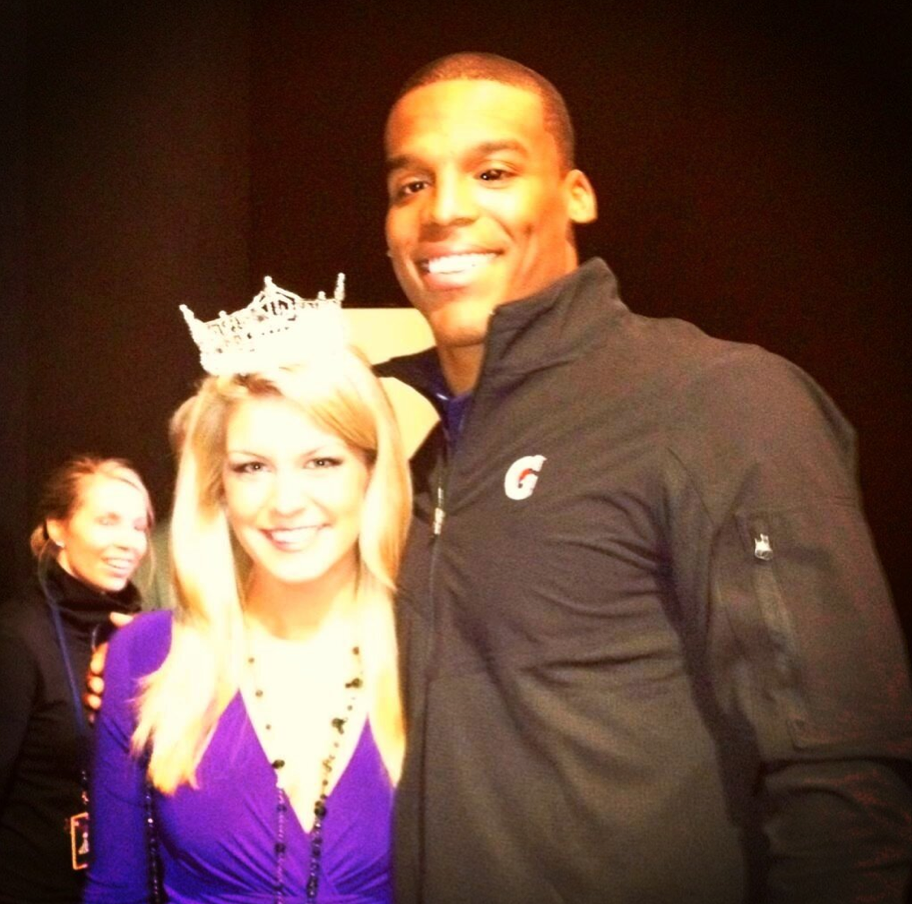 Get your own picture with Mallory when she returns to Opelika on May 16.

Maybe she’s (possibly) starring in the new commercial, too… just Mal and Cam popping corn nuggets and recitin’ the creed back at her old stomping grounds.