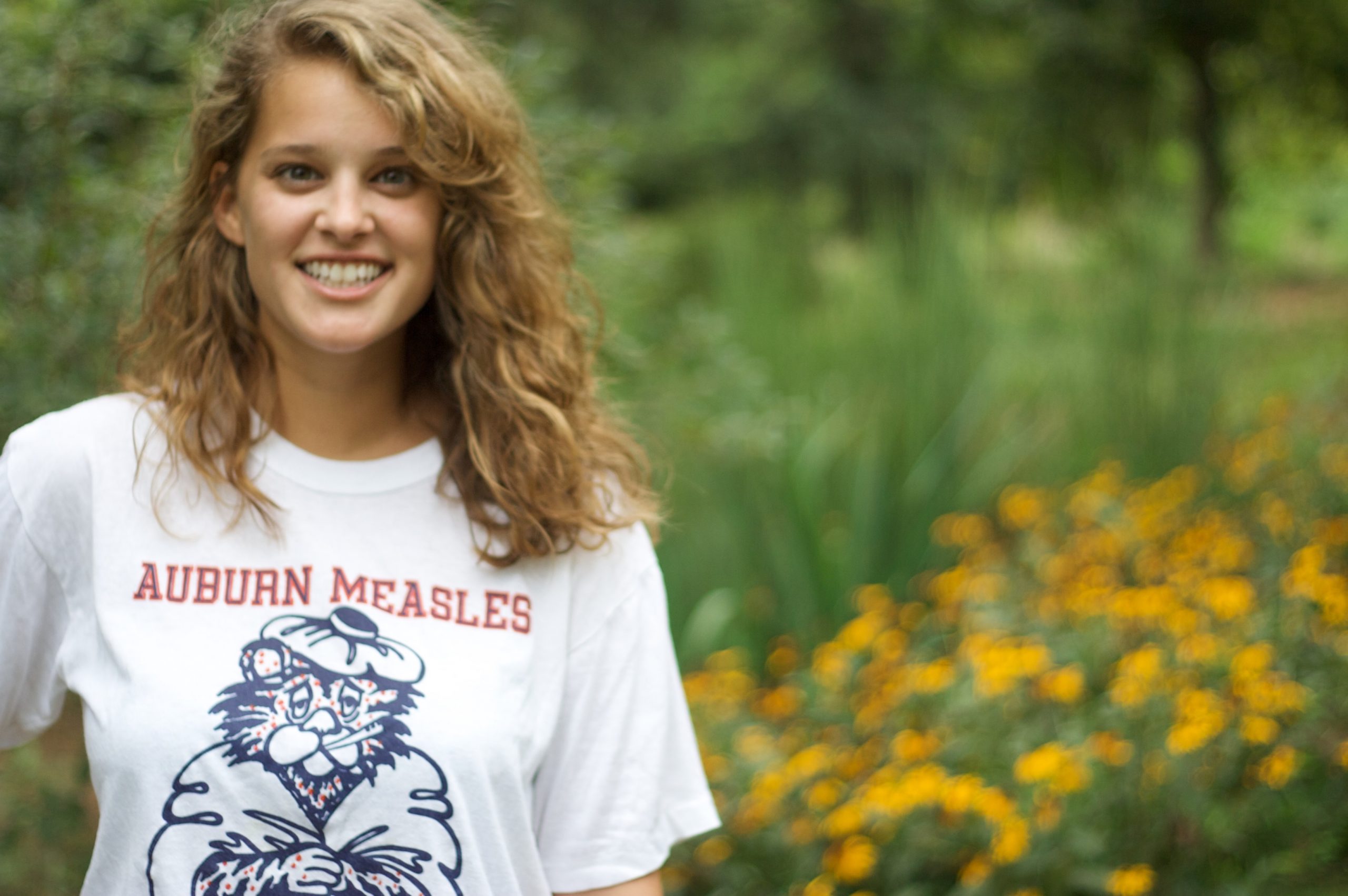 Twenty-six Auburn students came down with measles in the spring of 1989. Seeing as how only nine measles cases had been reported in the entire state during the previous five years, it was kind of a big deal.

According to a story by Cox News Service, the outbreak started when a Fiji caught the virus from some college student from Texas while Spring Breaking in Daytona Beach, and then went on to infect nine of his fraternity brothers. Alabama’s state health officer considered quarantining the campus. The word “epidemic” was used.

They ultimately just decided on cancelling class and mass vaccinations. (But when folks are making T-shirts about it, you know its serious.)

Here are some old AP shots of students waiting outside Drake for their shots. 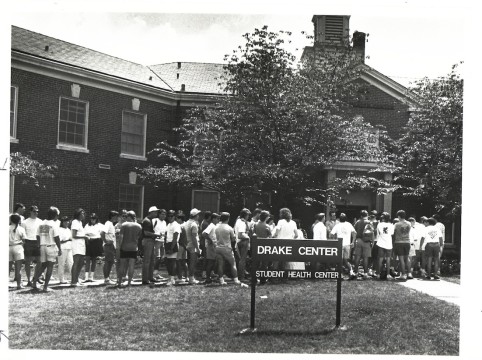 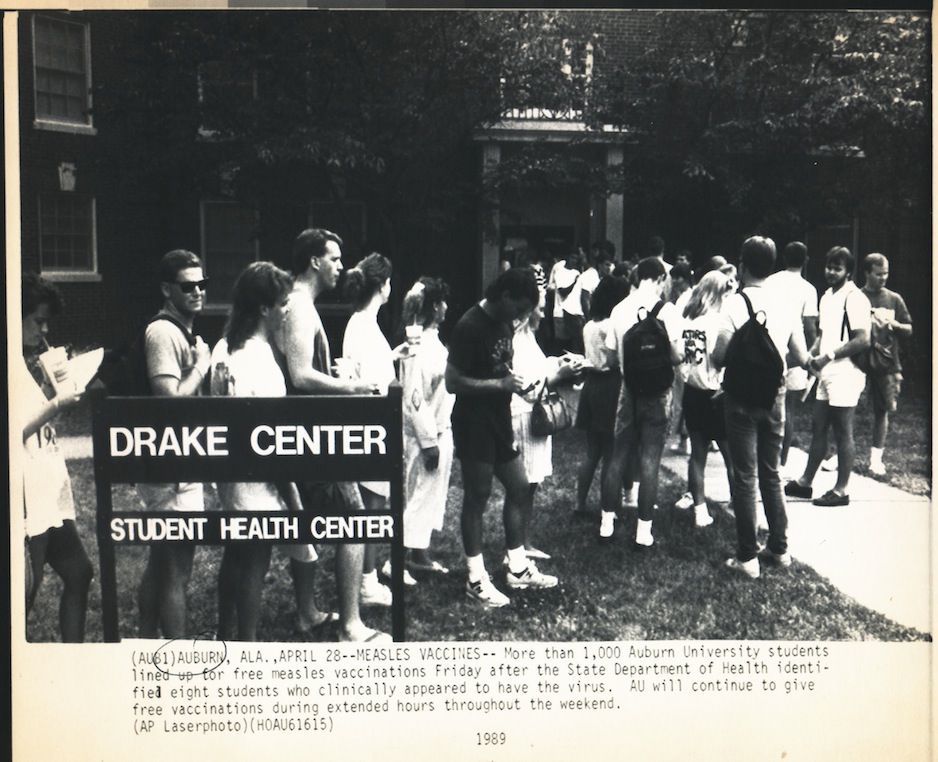 Lines began forming Friday, April 29. Nearly 13,000 were administered on Monday alone (which sounds almost impossible, but hey, never to yield). By late Tuesday afternoon, only around 1,100 out of 19,000 students remained unvaccinated. Meanwhile, folks made the best of things.

There was Phi Gamma “Inoculation Party ’89,” (including “BYO Vaccine” shirts) and a Tiger Rags commemorative tee – a droopy tiger, spots mixed into his stripes. Fun times! 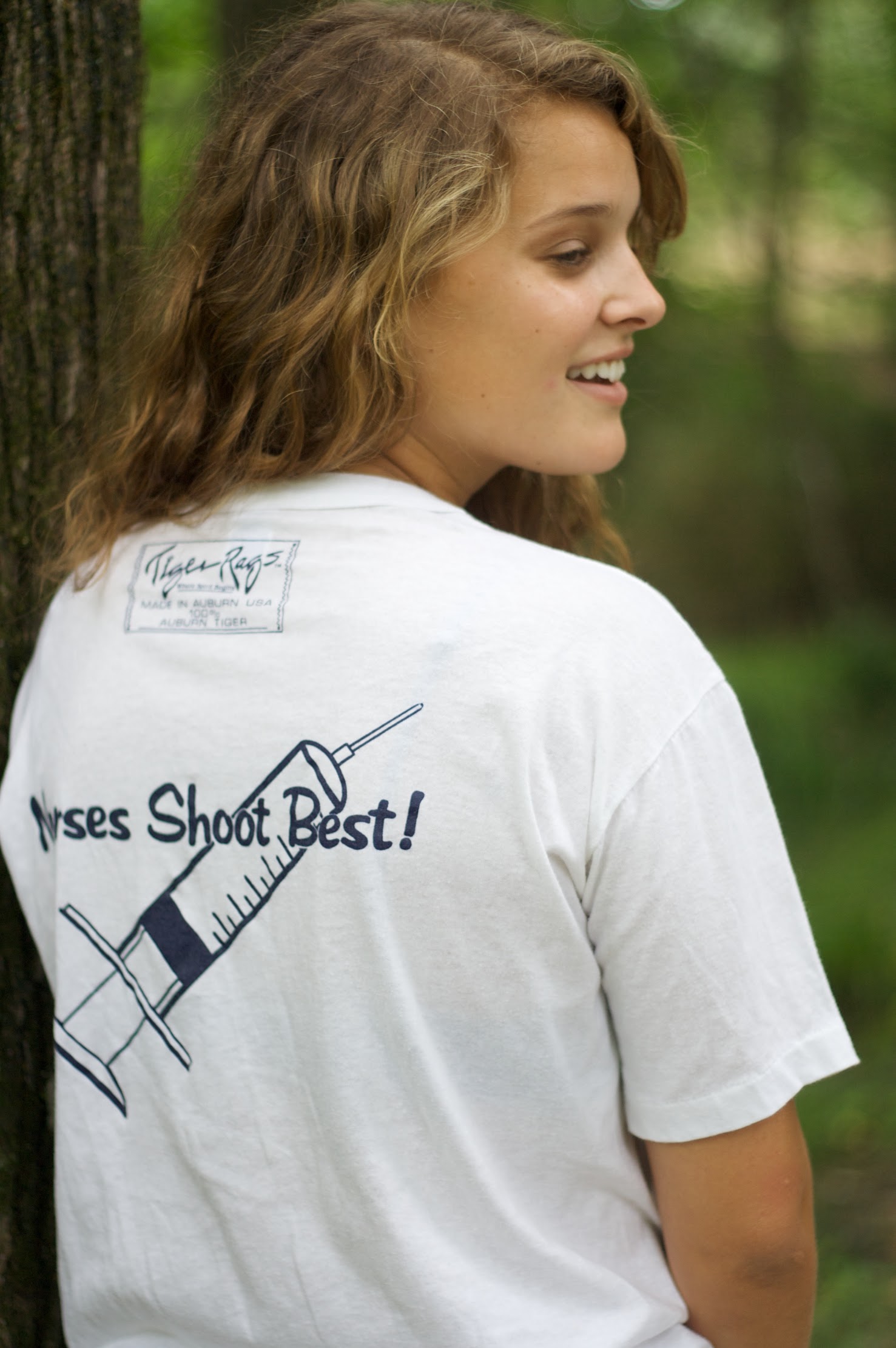 * Watch Pat Dye lick sugar off a football
* Best Auburn majorette name ever?
* Cam Newton on a Segway
* The Thing That Ate Auburn