We took time to interview them about it when we thought it was just a “sounded so good” whim. But Nashville-based, southern-fried indie rockers The Weeks are taking the imagery conjured in their wonderfully titled, just released record, “Dear Bo Jackson,” and running it with it like No. 34 down a 1983 sideline.

The flyer for last week’s “Dear Bo Jackson” release party? Little more than the What When Where added to a Bo baseball card… 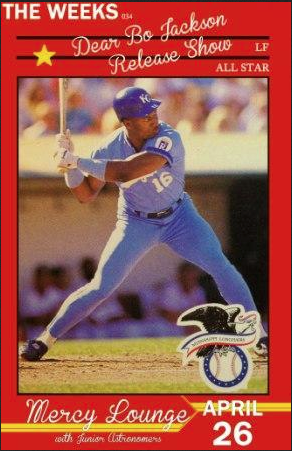 … and their lovely backup singers at the show were wearing No. 34 Auburn jerseys… 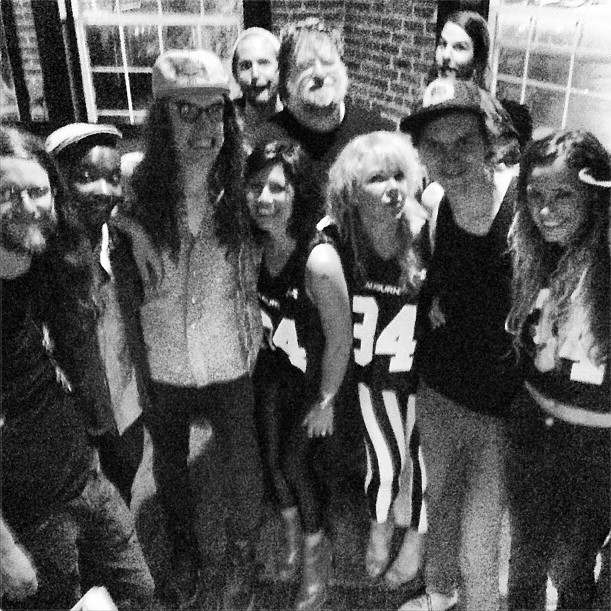 … and here’s the latest addition to The Weeks’ merchandise table… 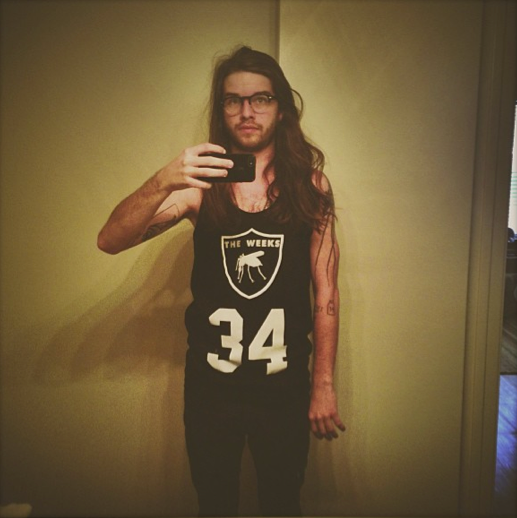 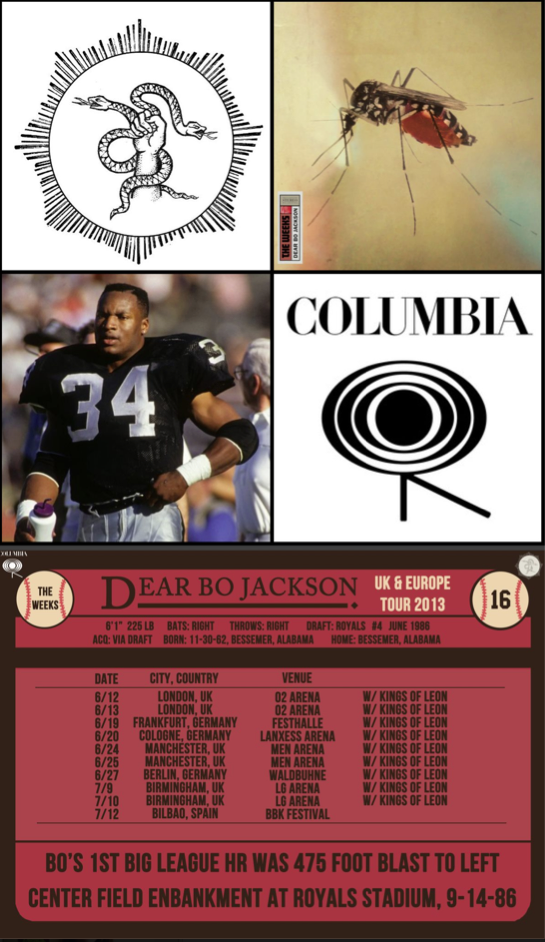 Did we mention their guitarist is a hardcore Bama fan?

“Bo is my one (Auburn) exception,” Sam Williams told us in February. “You can’t deny Bo Jackson. He just does what he wants and nobody can say anything about it.”