In the grand tradition of the Auburn Flying Suplex shirts of Thailand, here are the Auburn-esque shirts Frank Crnko’s brother-in-law Geoff spotted for sale in Jerusalem, not at a hip vintage boutique a la Copenhagen, but at a flea market. 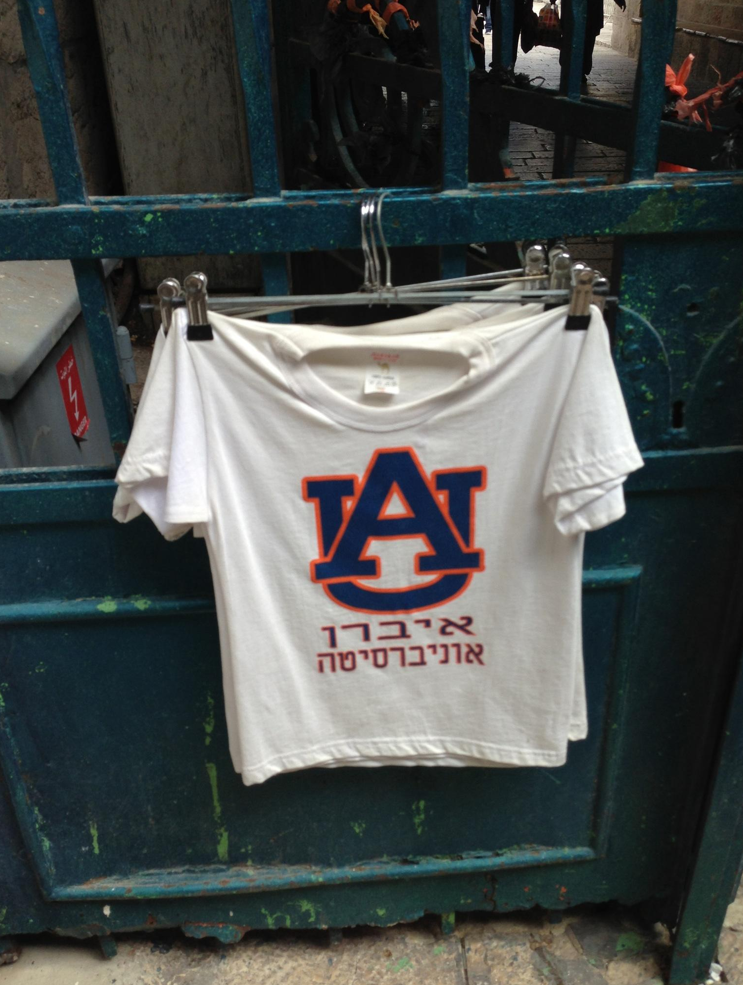 We’re calling on our learned readers to translate the Hebrew.

UPDATE: Well, according to our learned readers (Kenny and @auburnjosh) it just says “Auburn University.” We had hoped for something a little more esoteric, some cryptic prophecy about a Blessed Individual, maybe.