“We’ve begun production on our 2013 NCAA halftime commercial, which will air this August,” Auburn University announced via its Twitter account this afternoon. “Recognize anyone?”

There in the middle, right where The War Eagle Reader said last week he would be. 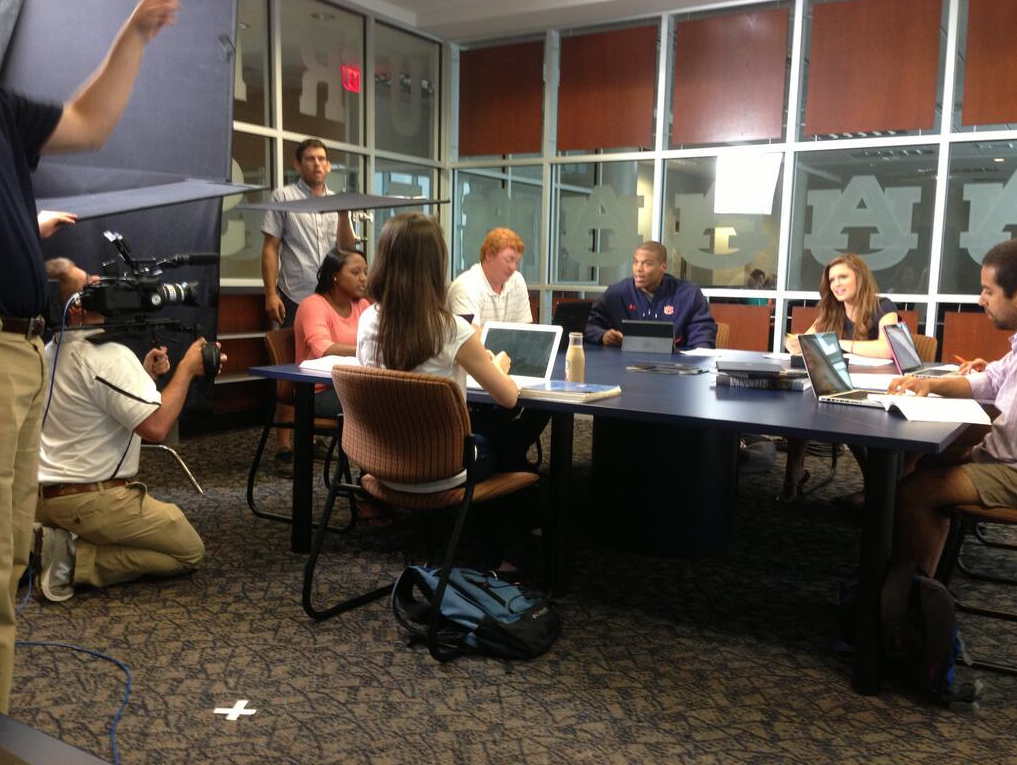 At least one of the men behind the camera for this year’s commercial is Auburn videographer Alan Brazzell, who TWER profiled in 2011. See a sample of his incredible work here.

You can read more about what Camille Barkley, Auburn’s Acting Executive Director for Marketing and Creative Services, had to say about the commercial here. Glad it all worked out!