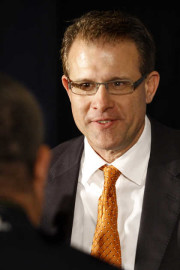 In February TWER was told Gus Malzahn, AU president Jay Gogue, and Auburn Mayor Bill Ham were likely candidates for the Celebrate The Tradition speaking gig. We were told right.

And then you’ll be able to roll the oaks for the last time.

TWER was first to report ESPN’s plans to carry portions of the event live. They may also be on hand for the trees’ removal.