In the grand tradition of “Ever To Conquer,” “Fearless and True,” “All In, “and the trollrific “Your Future Is Clear” comes “It’s A New Day,” TigerUnlimited’s latest billboard campaign, and the first under head coach Gus Malzahn (it’s a new day). 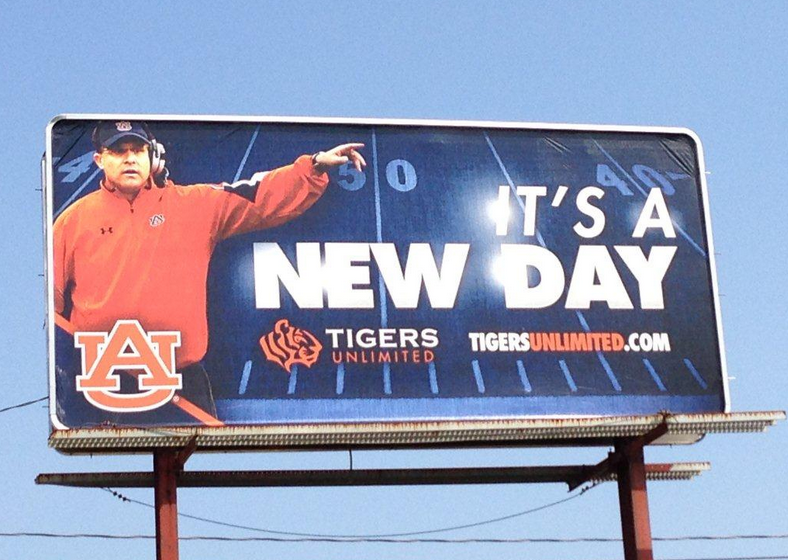 Approximately 50 signs are going up across the state (and presumably into Georgia), according to AuburnTigers.com’s Charles Goldberg.