[UPDATE]: Here’s a better view of the plans that have recently been installed in that sign downtown. [via @EagleEyeTV] 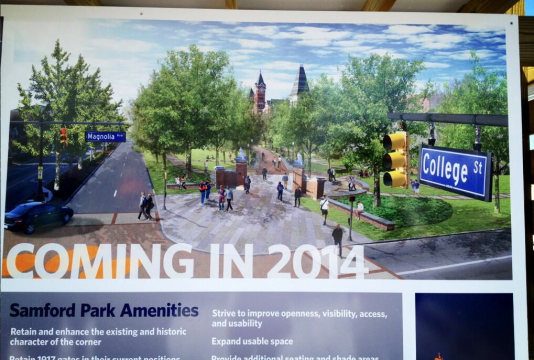 Workshops and more workshops and polls and wires and robots and finally, here it is: Toomer’s 2.0.

The trees we knew about. The big news? They’re not only keeping the 1917 gates, they’re not even moving them. 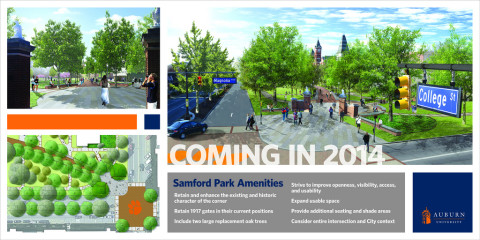 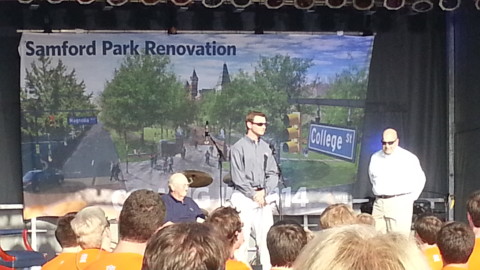 Officials said the new design will place trees farther back from the intersection; maintain the existing and historic character of the corner; retain the 1917 gates in their current positions; add more seating and shaded areas; and include the planting of additional trees along a curved walkway through Samford Park.

We’re be posting video of the presentation soon.

As TWER first reported in March, the university and city will create a temporary, triangular wire structure which fans can roll after the Toomer’s Oaks are removed.