Today is Toni Beth Holland’s birthday. Next year it will also be her anniversary.

Holland, 36, and boyfriend Ray Sapp are getting married this afternoon under the spectacular canopy of toilet paper created yesterday at the final rolling of the Toomer’s Oaks.

“We come down every year for the spring game and we’ve been talking about getting married and decided this would be the perfect time,” Holland said. 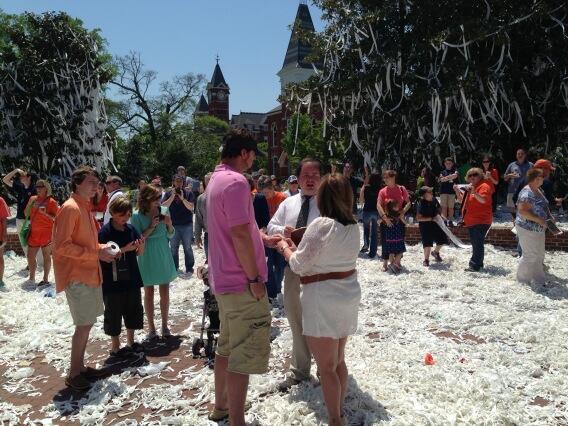 They used Twitter (“WarBlogle helped us”) to find someone to officiate the ceremony. On Friday, they drove from their home in Tuscumbia to the Lee County courthouse for a marriage license on Friday. They went to A-Day. They went to the corner.

“It was amazing,” Holland says of Saturday’s A-Day and Celebrate The Tradition event. “I’ve never seen so much toilet paper in my life.”

At 1 p.m. today she’ll add to it. Holland says she won’t toss a bouquet. She’ll toss another roll into the trees. 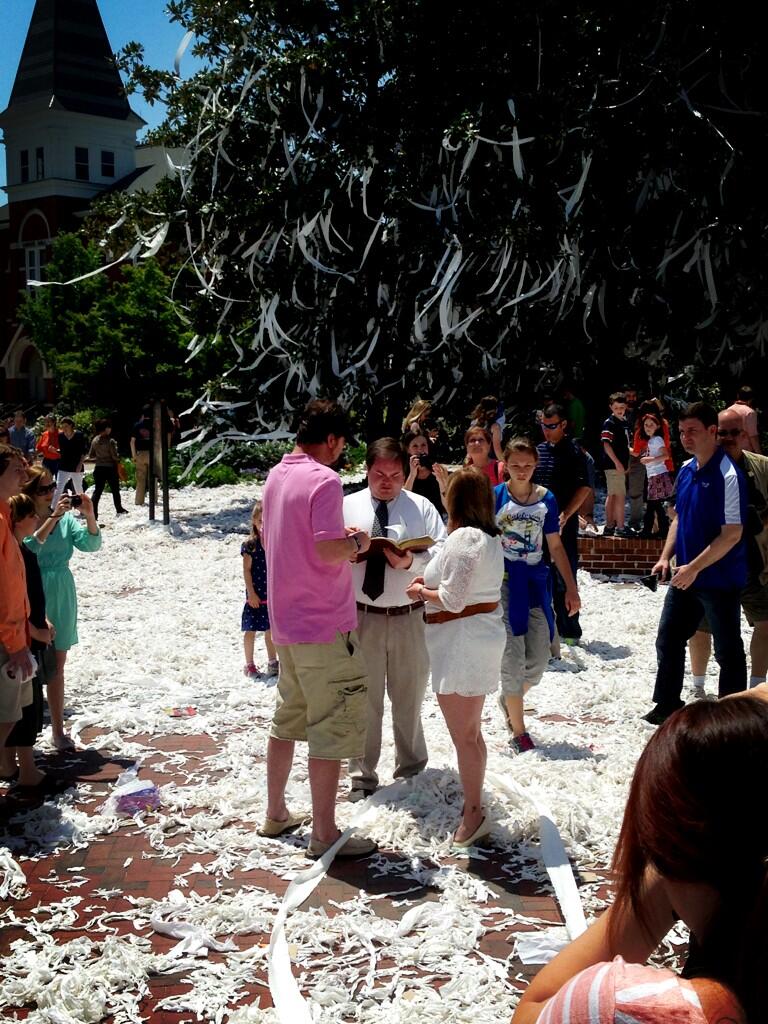