An orange strand here, a yellow one there—some folks got creative with their ammunition. I stood next to someone writing the name of his friend’s mother, who had recently died of cancer, on the first roll he threw.

And someone, somehow, wrote the Auburn Creed. 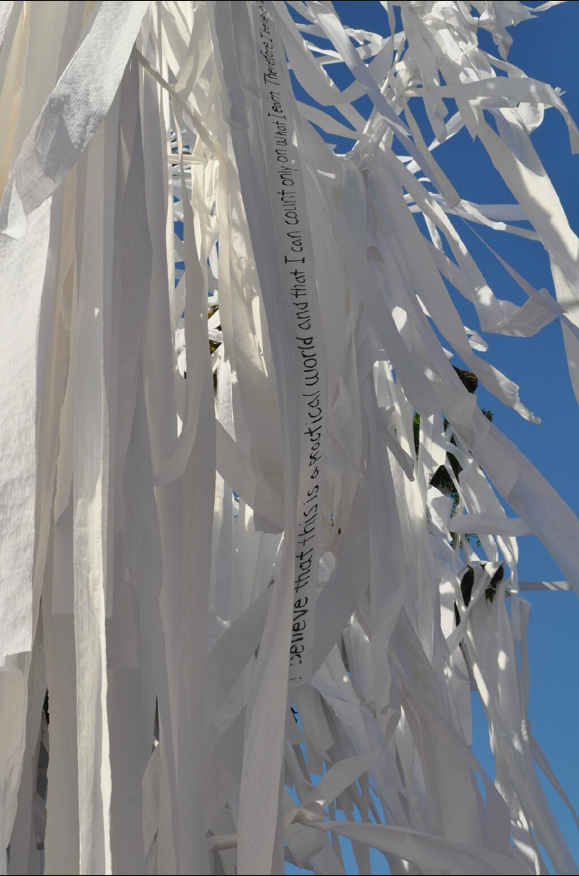