War Eagle Relics has always been about sharing the great trinkets and collectables that the Auburn family has amassed throughout the years and was never intended to be some kind of online garage sale for hawking our wares. Until now! In lieu of a normal post (which is coming soon, I hope), below are a few items that TWER is auctioning off to raise money for, well, TWER.  Add to your own Auburn collection while supporting The War Eagle Reader.  Everyone wins. 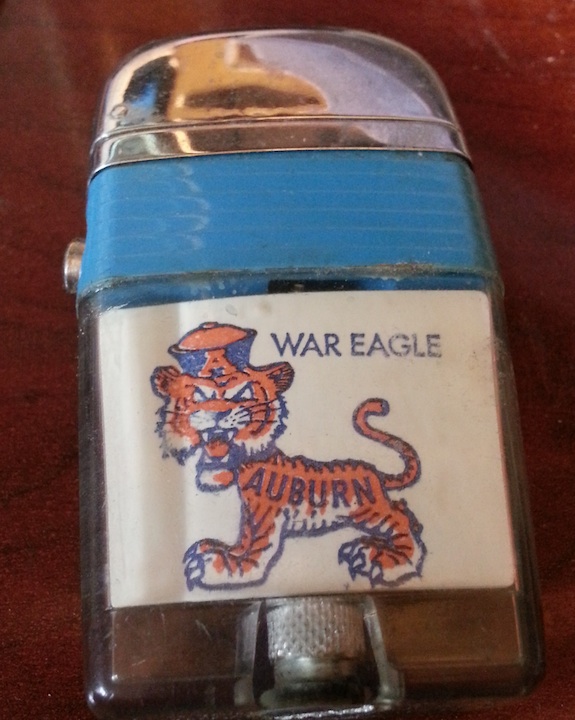 Is there a better way to light your next Tuberville-over-LSU-style victory cigar than with this fine, vintage Auburn lighter? I certainly can’t think of one.  Unless, of course, you prefer a zippo, in which case… 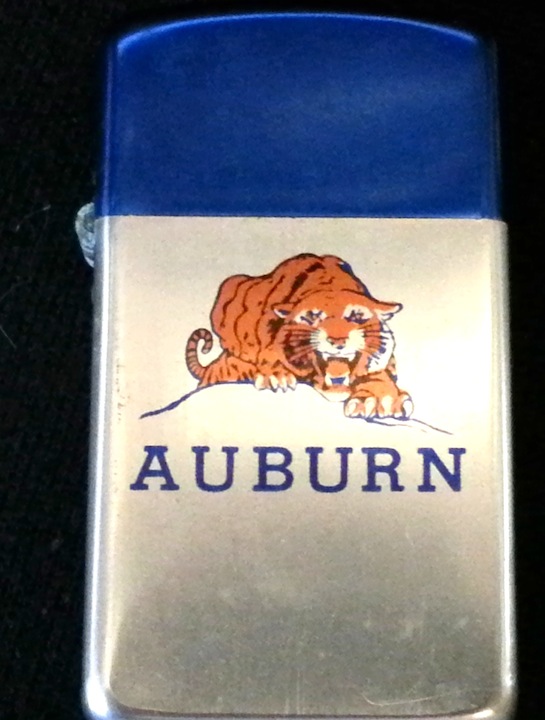 This blue topped Zippo(ish) lighter features a tiger logo we’ve yet to run across in Relics, adding to its unique collect-ability.  Buy it today and be the envy of every Auburn logo-lover on the internet! You can bid here. 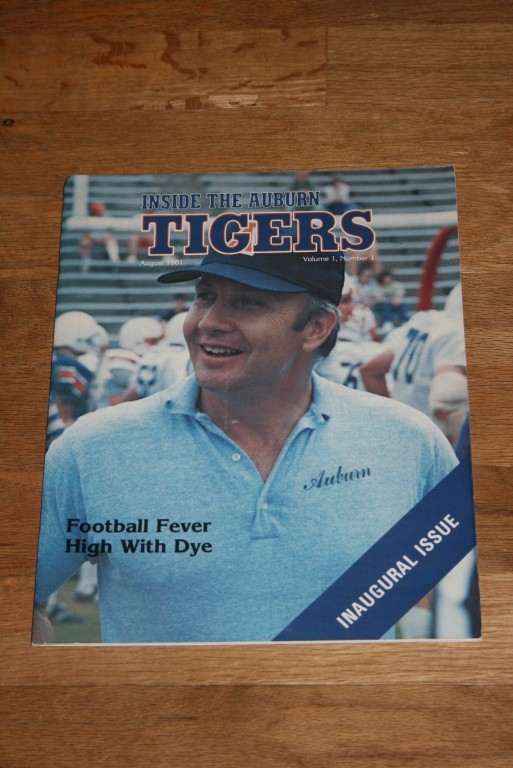 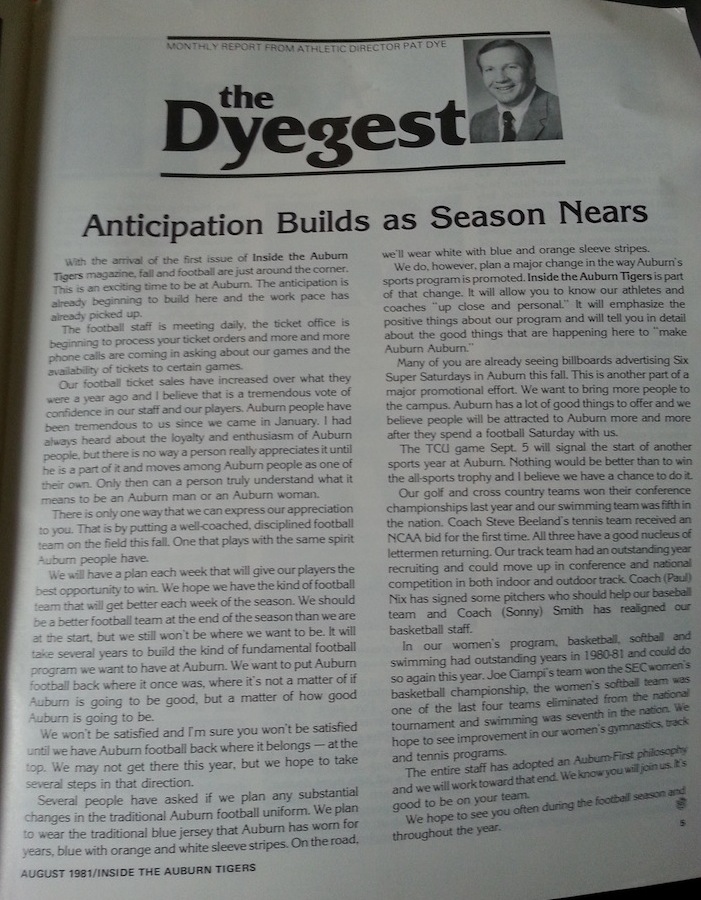 Volume 1, Number 1 is right!  The very first issue of Inside the Auburn Tigers is chock-full of Auburn Tiger insides like the very first edition of “The Dyegest .“  That’s like getting two premium collectables for the price of one.  We’re practically giving the memories away. 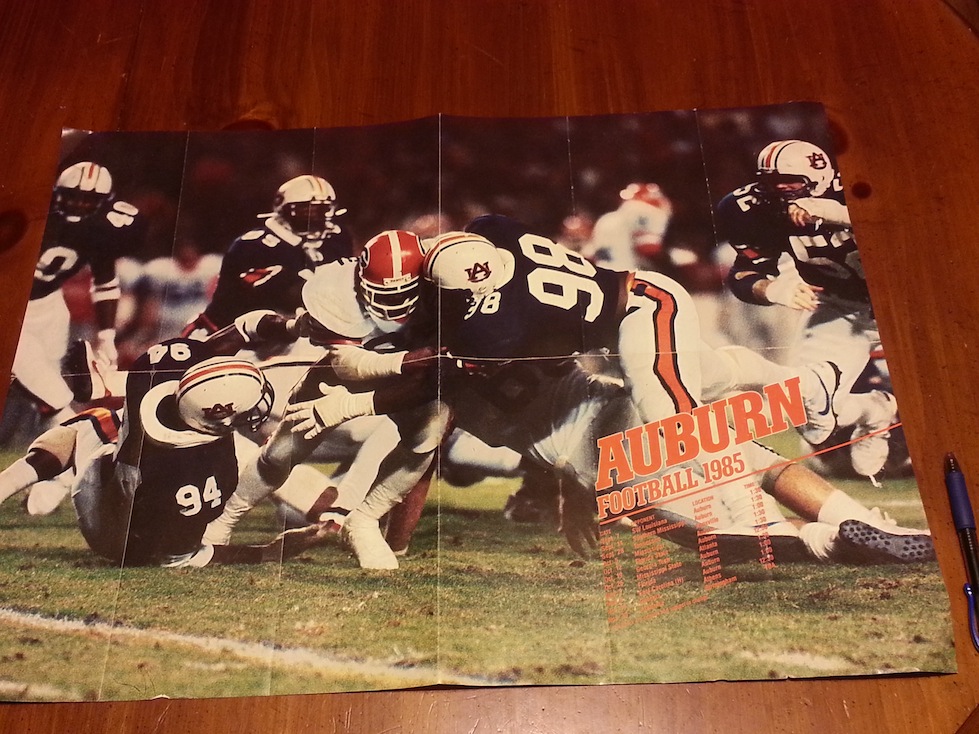 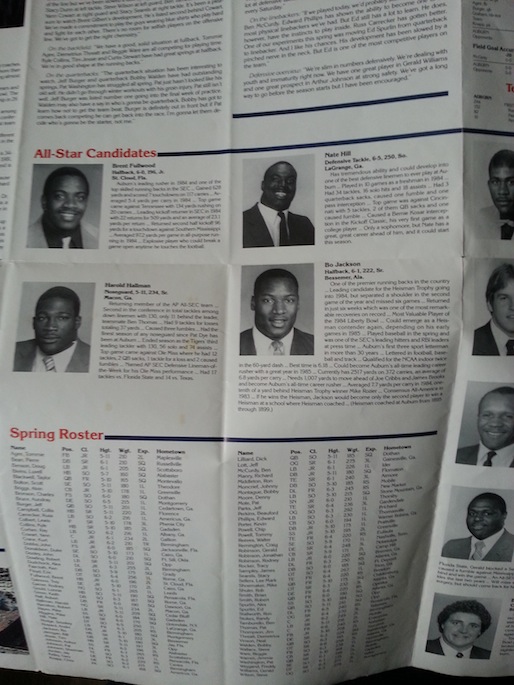 Can’t ever remember which teams Auburn played the year Bo won the Heisman?  We’ve got the answer to your prayers.  Slap this bad boy on your wall and you’ll never have to resort to Google again.  As an added bonus you get the timeless image of a Georgia Bulldog getting swarmed by angry Auburn Tigers.  That never goes out of style. Bid here. 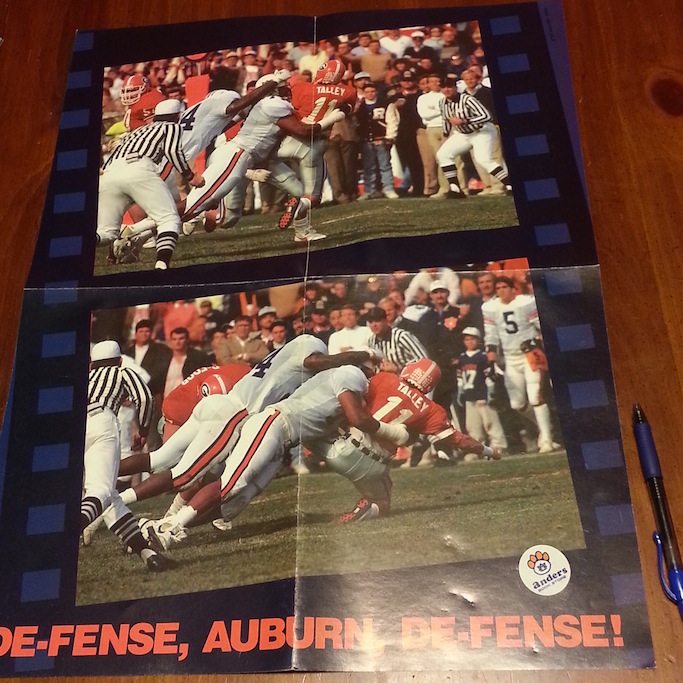 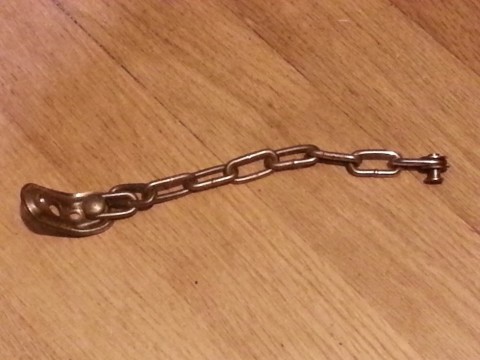 Bring home a pulled-from-the-rubble-piece of the recently demolished Auburn landmark and remember all the times you drove past the old hotel without ever giving it a second thought until you heard they were tearing it down and got nostalgic and wished that Auburn would stop growing and changing and stay the way you remember it forever. You can bid on it here. (And you can check out all our other auctions—and many more items are going for bid each week—here.)

That’s it for now.  We can’t promise that we won’t sell out again in the future, but we can promise more classic Relic goodness in the weeks to come.