UPDATE: Now the (running) joke has some context, courtesy commenter James: “That’s the owner of Cash’s Liquor Store in FWB. He’s had a billboard up of her since she was a little kid (i.e. “buy from me so I can send my daughter to Auburn!”)”

This lovely new Auburn grad (presumably from Baker, Fla. where this billboard was spotted) apparently failed to get her MRS degree. And Dad is taking matters into his own hands. Or something. 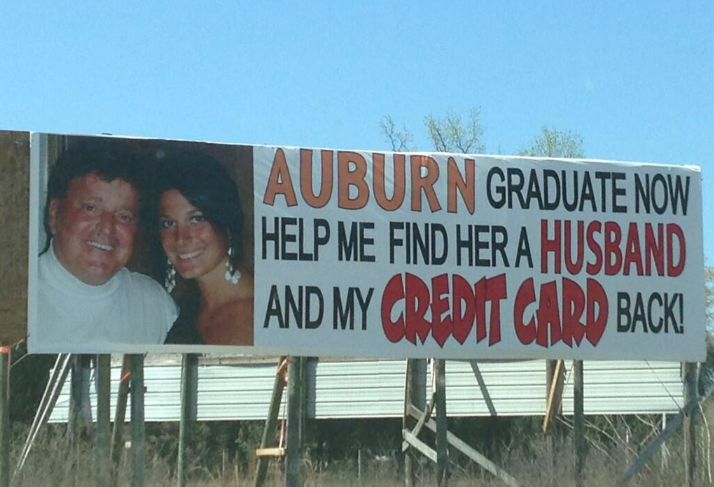