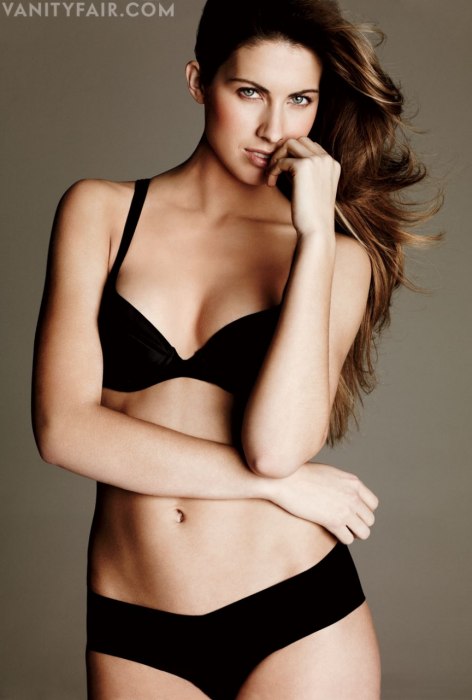 The latest celebrity milestone for Auburn grad Katherine Webb? An interview and small photo spread in the upcoming issue of Vanity Fair, which they’re teasing online.

The magazine, which blasphemously called Webb “the modern-day Cindy Crawford,” wanted to know about this weird football game the south is so crazy about—”Now you can see why an Auburn grad, who is a beauty queen dating a University of Alabama star quarterback, will make national headlines”—and dresses up for and stuff, and asked her if she used to accessorize with gameday face tattoos.

I did! I wore a little tattoo on my cheek.

It’s really cute! That’s when I was at Auburn, so I’d go to the Auburn games and I’d wear the Auburn logo as a tattoo on my cheek, or a paw print or something like that. Football is like a religion, hence the state of Alabama having one of the greatest rivalries in all of college football between Auburn and Alabama. People from both teams take it so seriously. Teams have said they hate each other. It’s creating almost a civil war within one state. Now you can see why an Auburn grad, who is a beauty queen dating a University of Alabama star quarterback, will make national headlines. People call us the Romeo and Juliet of Alabama.

That’s funny. Does that influence how you dress at games? Do you know that there’s going to be a lot of cameras on you, and you have to maintain a certain composure?

How do the other girls dress up?

Dressed to the nines. If you think of the Kentucky Derby, girls are totally prim and proper. In their dresses, just perfect. Then you come to the South and you watch an Alabama-Auburn football game, and you have the sorority girls and the other girls dressed in their game-day dresses. They’ll have boots on, and they’ll have their pearl earrings on. It’s an excuse for girls to dress up.

Webb is currently wrapping up filming on Splash, which premieres March 19—not that we care. We’ve stuck to our word about shunning (it’s an Amish technique) the World Wide Webb except in those instances when Auburn in directly entangled (that’s what we do). That this instance is also an instance of Webb posing in what appears to be her underwear is purely coincidence. 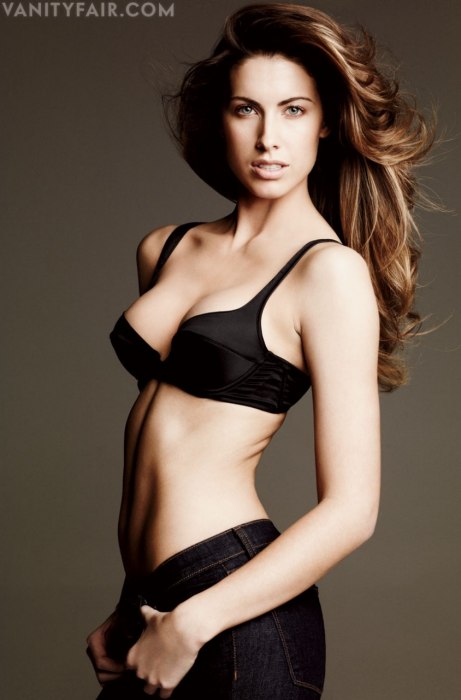 * New photos of Auburn grad Katherine Webb on the set of ‘Splash.’
* One of the Wiggles is an Auburn fan
* The sexy Auburn grad student in ‘House’
* Wall Street Journal says Auburn football worth millions more than Alabama football
* Auburn professor 4th hottest in the country
* Katherine Webb in an Auburn bikini?
* Auburn students vandalize Jacks restaurant ’cause it looked too Bama
* Katherine Webb and Conan O’Brien