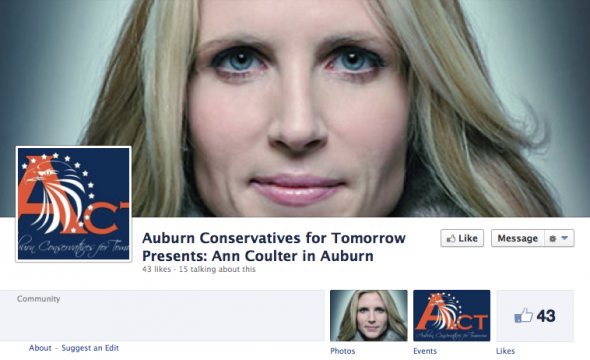 “Those who attend will learn the value of free enterprise, individual freedom, and a strong national defense to America’s success as a nation,” the group said in a news release.

Coulter “will be speaking on the Constitution (2nd amendment), Current Events, and a topic of her choosing.”