Dye-Hard fans of General Hospital rejoice: The Auburn pennant is back.

The piece of Auburn memorabilia first appeared on the wall of Jake’s, the favorite fictional watering hole in fictional Port Charles, New York, in 2009, and was quickly traced to Andrea Compton, the show’s senior production coordinator, who graduated from Auburn with an RTF degree in 1996.

“I started asking around, wondering if I could get some Auburn pennants for the set at Jake’s bar,” Compton told Auburn Magazine in 2009. “It got cleared by legal, and when the first episodes of karaoke night aired, lo and behold, the Auburn pennants were in every shot. I thought it was the coolest thing.” 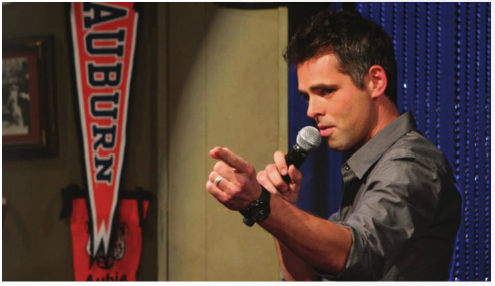 The pennant was apparently removed from the show when the bar changed its name to The Floating Rib. TWER reader and General Hospital devotee Sharon Caraway Emerson tells us that The Floating Rib was free of any collegiate decor… until Tuesday, when a TCU pennant and the same Auburn pennant showed up over a doorway.

But if Compton is to credit for the pennant’s latest placement, she should maybe get herself to the General Hospital for a CT scan. Because the thing is upside down. But whatever. 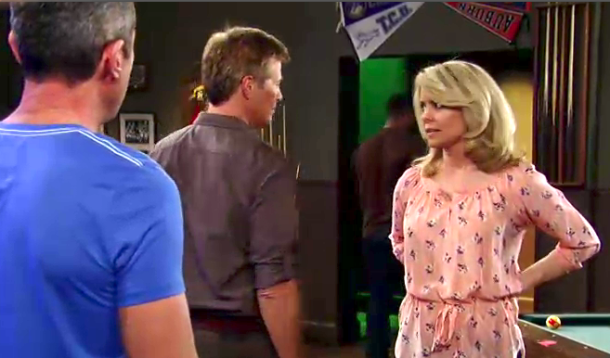 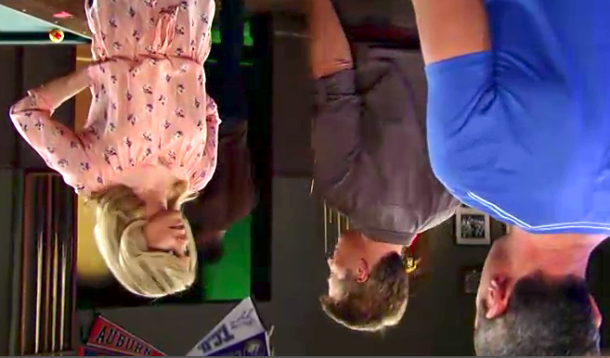