With the release of the Sports Illustrated Swimsuit Issue, we had all but declared a TWER moratorium on non-Auburn specific Katherine Webb related content, a decision put very much to the test yesterday when Kareem Abdul-Jabbar tweeted a photo of himself on the set of celebrity diving show Splash in an embrace with fellow cast member Webb and wearing a Darth Vader mask (surely she’s the only Auburn graduate in the history of the Force to pose with Darth Jabbar–that’s post worthy!). Since she is now at a point in her career where taking photos with all manner of celebrities in all manner of masks is no big deal, we decided against it, even though it could technically count as coverage of Splash, which as a Website devoted in part to documenting the pop culture achievements of Auburn grads and fans (however tainted) we’ll have to cover, if but minimally.

But since the shots that found their way online today actually involve Webb’s role in Splash, we’re allowing them, in part as a correction: she apparently won’t be in a bikini, at least not all of the time, as we suggested. The first photos of Webb in the water (#webbinthewater) actually have her in a pink monokini thing straight out of the Miss AU Tan contest. 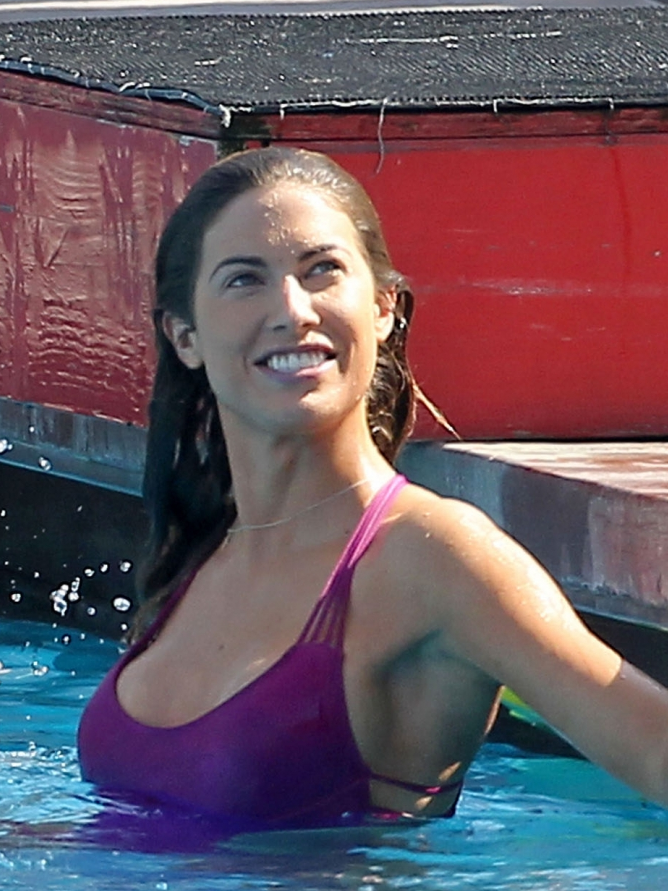 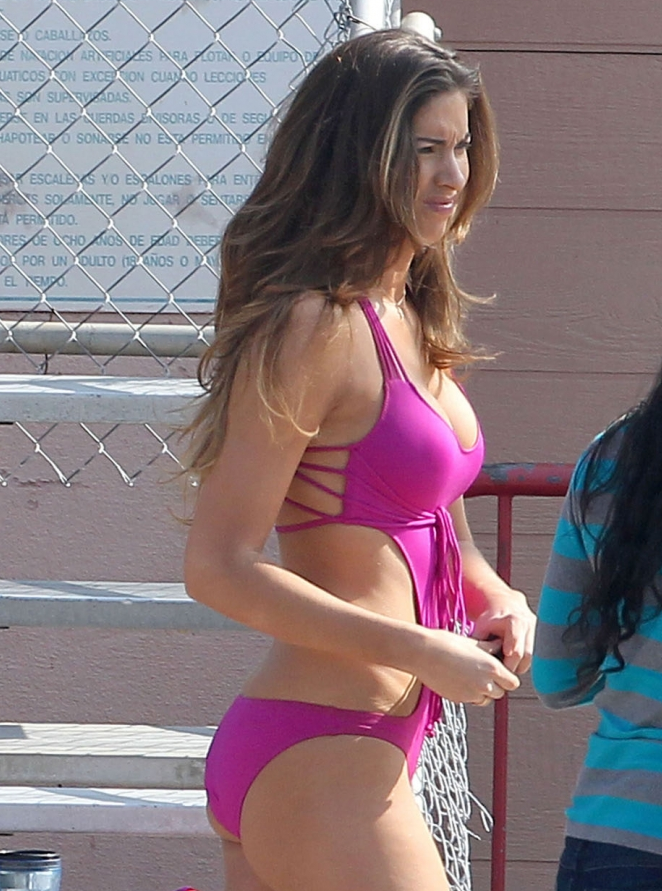 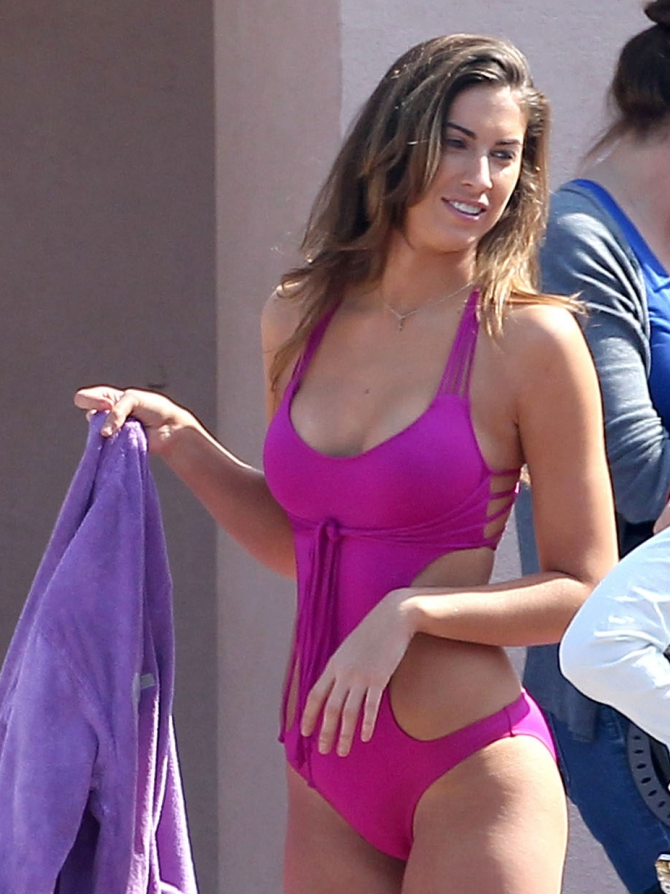 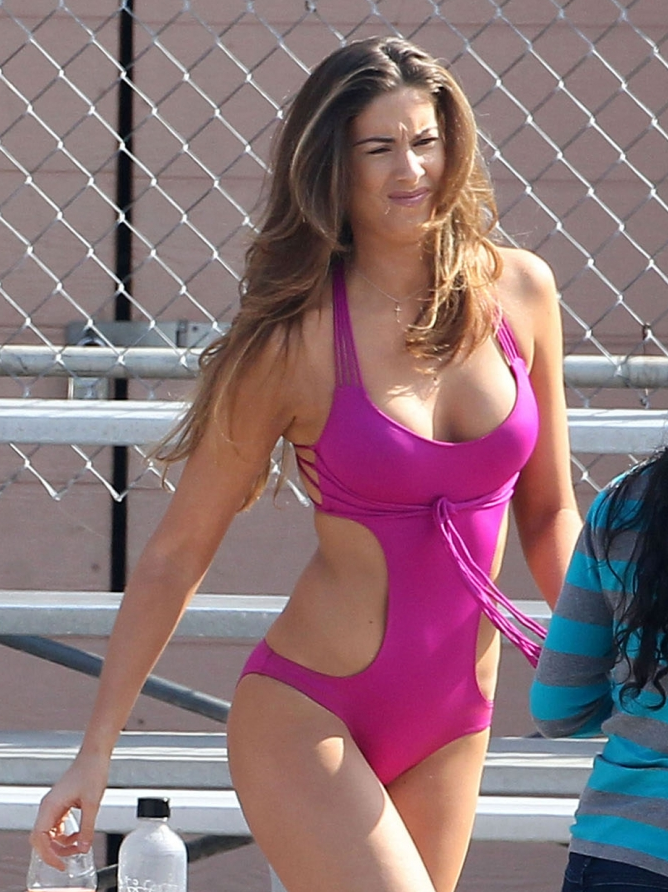 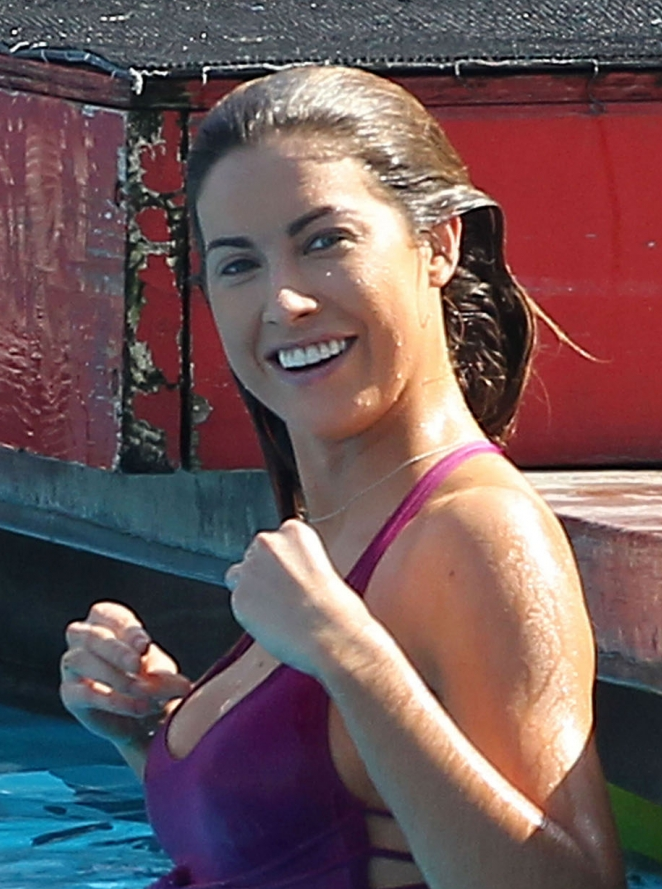 It’s our first Webb content since she became besties with Kate Upton. It’s a dirty job.