The 1969 Auburn graduate is so passionate about Auburn’s band she donated $1 million to the project.

“It’s a way of giving back for all the joy they’ve given me,’ Birchfield said in the January issue of Tiger Tales, the newsletter for Auburn’s College of Liberal Arts. “I believe the band is the heart and soul of every game that takes place under the aegis of Auburn University. I want to make things a little better for them and I think the Auburn University Family does also. They deserve it.”

That’s the sort of action and attitude that earns you press releases and such in which you reveal your Auburn pedigree: Whole family went here, knew she was coming before she was born, spent summer’s as a child in Chambers County, great-aunt was one of the first Auburn coeds, check, check, check, check. But best of all?

“She was also featured in the Auburn Plainsman as one of the ‘Loveliest on the Plains,’ in 1968.” 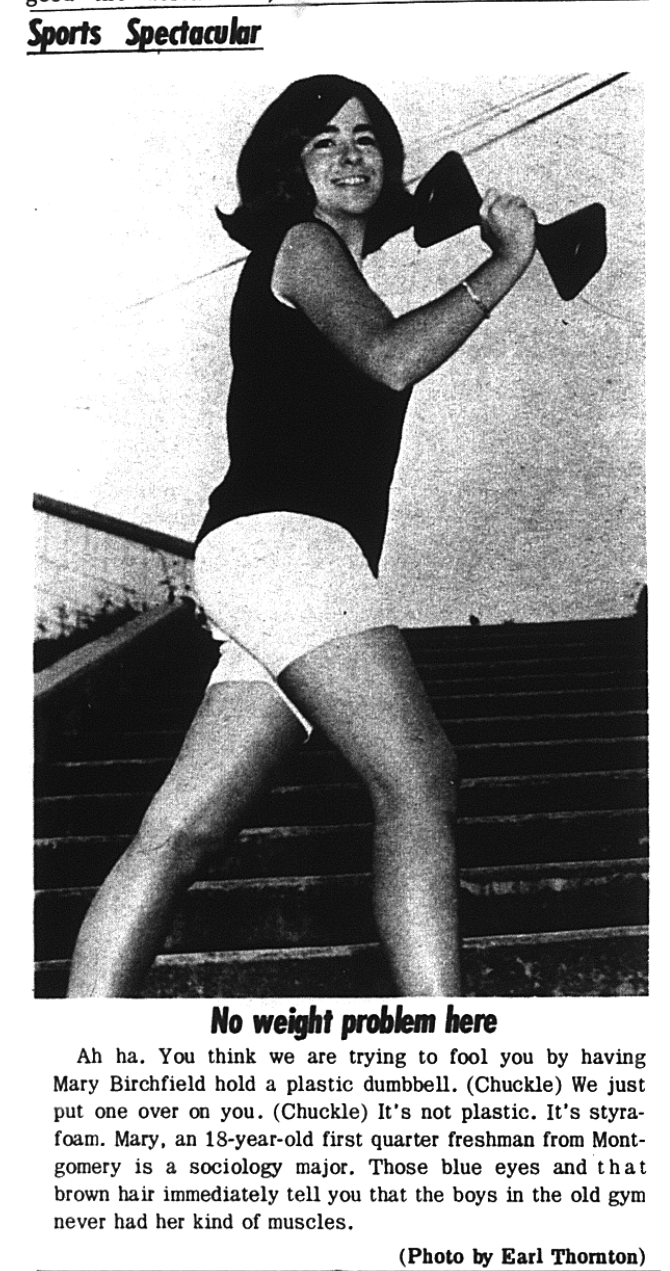 Indeed she was. Birchfield appeared as the Sports Spectacular, a Loveliest of the Plains supplement that made the Plainsman twice as lovely for several years in the 1960s, in the paper’s July 26, 1968 issue, back when she apparently went by Mary and was a sociology major (she graduated with a degree in English).

“My roommate teased me that it should have been called the ‘Plainest of the Lovelies’ when I was featured,” she told Tiger Tales.

Previously: Loveliest of the Plains: Manscouts.