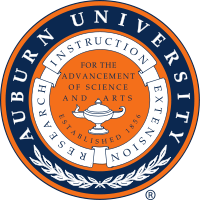 You can’t blame Michael Markicevic, a dude in trouble for weaving all sorts of tangled, higher educational webs up in Canada, for trying. I mean, if you’re padding your resume with fake degrees in order to impress potential employers, obviously you’re going to include one from Auburn. You just have to make sure you get the name right.

From the Chronicle of Higher Education:

Mr. Markicevic submitted a résumé for a management position at York that said he held an M.B.A. degree from “Auburn State University,” the newspaper reported. The university’s lawyers noted that no such institution exists, and confronted him with correspondence from Auburn University indicating that he neither attended nor received a degree from the Alabama institution. However, when York announced his appointment, in 2004, the institution said he had a degree from Auburn, according to the newspaper.

Not even Pat Dye gets to call us Auburn State, Mike.