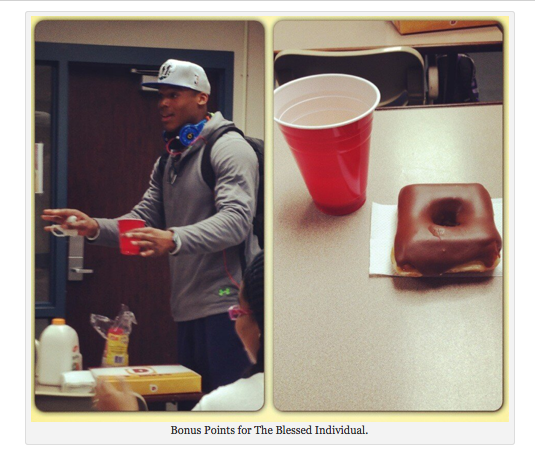 As if his classmates needed even more reason to smile at getting to sit by Normal College Student Cam Newton, he’s bringing them D-Squared donuts—glazed chocolate, sprinkled, a few bear claws—and orange juice. There were 40 of them, plenty for the whole class and even folks out in the halls. He was passing them out. Just Cam passing out donuts in the hall. Just college.

“He just said since it was Thursday he thought he’d bring us some donuts, so I guess there was no particular reason,” says Auburn junior Brookelyne Harvel, who snapped a photo of the pastry pals. “He was really nice about it… everyone in the class was grateful and thankful. Everyone told him ‘thank you.’ The professor was really nice about him bringing them to class. He didn’t have a problem with it at all. Cam said that the professor could have some, too, if he wanted.”

Cam handed sophomore Lindsay Klocko her donut out in the hall.

“People were honestly shocked and a few people didn’t notice it was him at first. A bunch of people were freaking out about it once he left.”

UPDATE: Here’s the best photo yet, by Katie Reed: 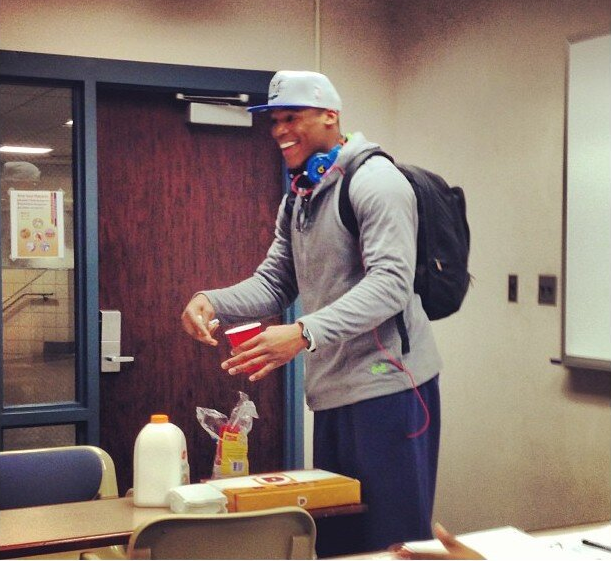