It’s there to visit for those who know the not-so-secret location of its (final?) resting place. But folks have been tweeting about it a lot and Instagramming their friends riding it like Falcor and really just missing it, so here are some photos we recently discovered of the day it first took flight: Dec. 2, 1989. That was the day. Sound familiar? Ditto. Yes, the eagle whose majestic wings welcomed fans to Auburn basketball fans to Beard-Eaves Memorial Coliseum (then just Eaves-Memorial) was installed to mark the occasion of a football game, specifically the first Iron Bowl in Jordan-Hare Stadium; obviously nothing basketball-related could occasion the installation of a giant bronze bird of prey, even for a team coached by a man named Eagles. 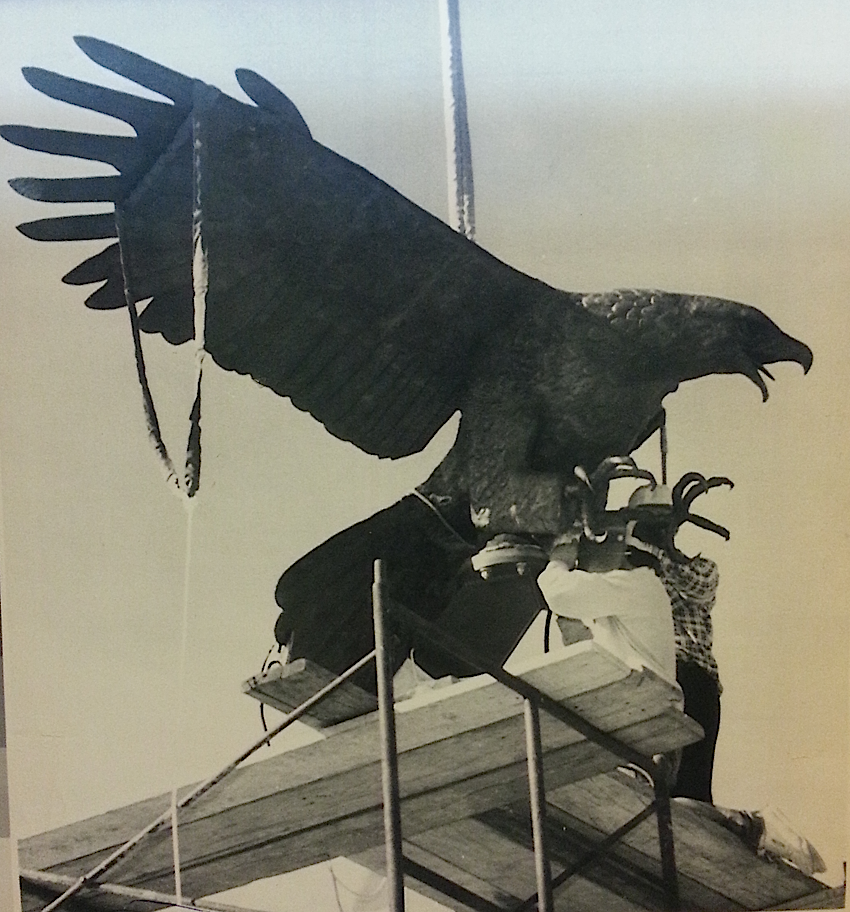 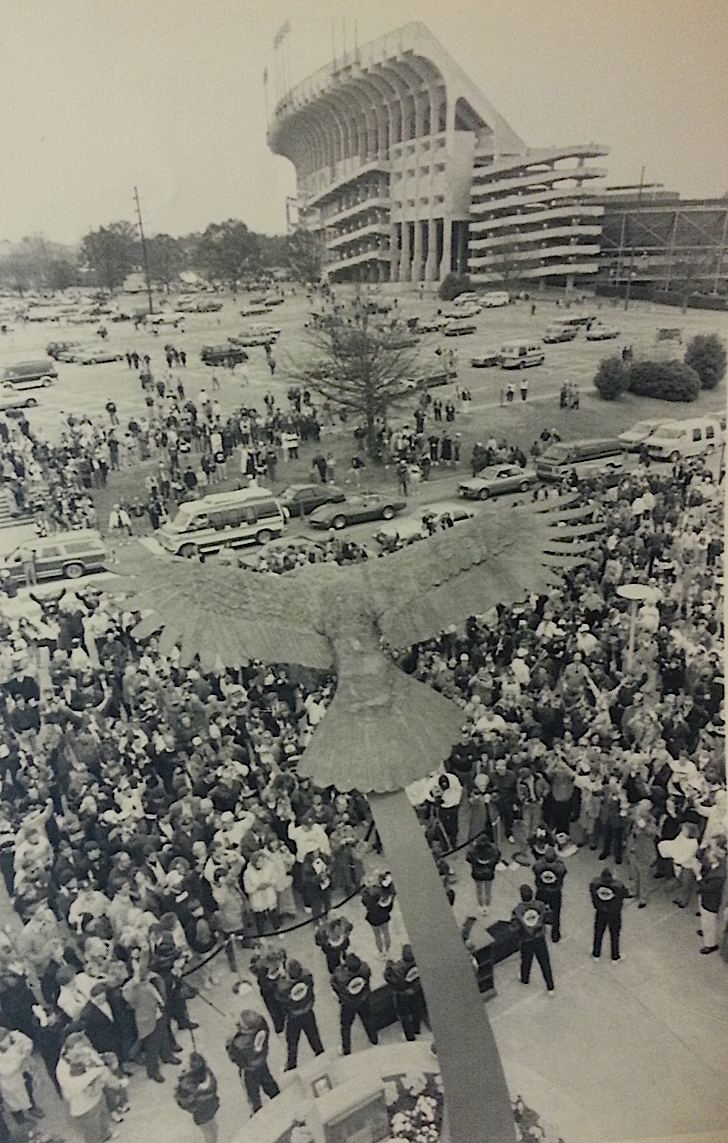