In accordance with the theme of its 2013 Mardi Gras parade—”Mascots, Southern Style”—Mobile’s Mystic Stripers Society managed to pull off a float whose majesty rivals that of Auburn homecoming decorations of yore. 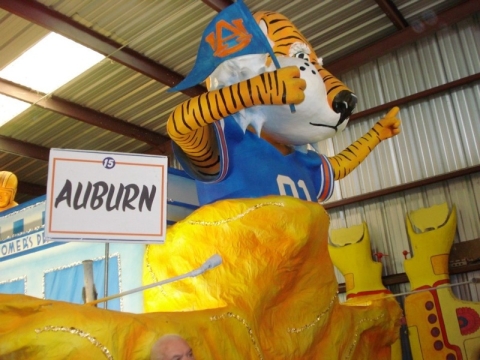 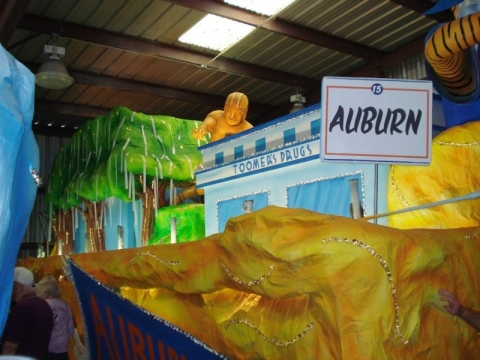 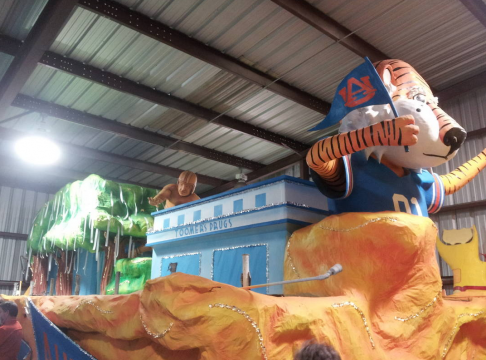 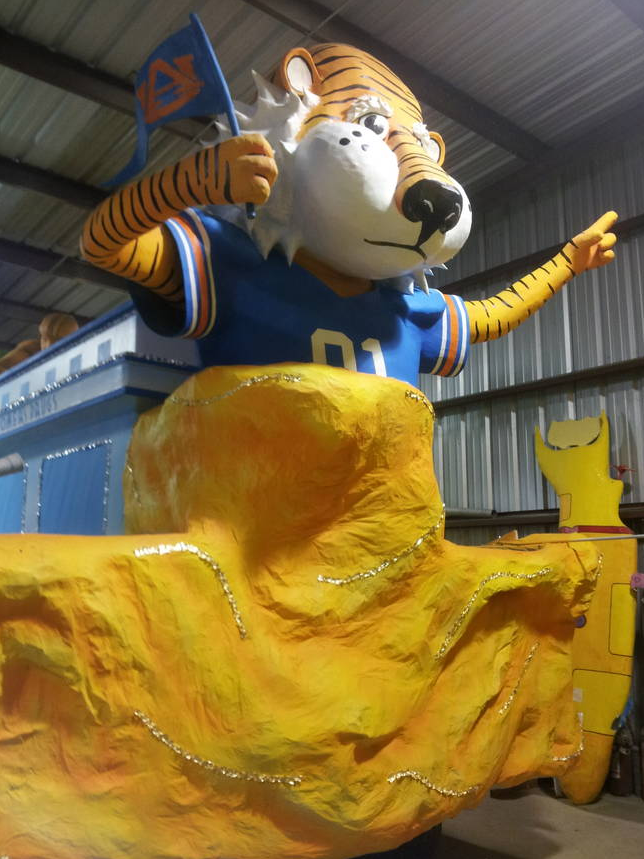 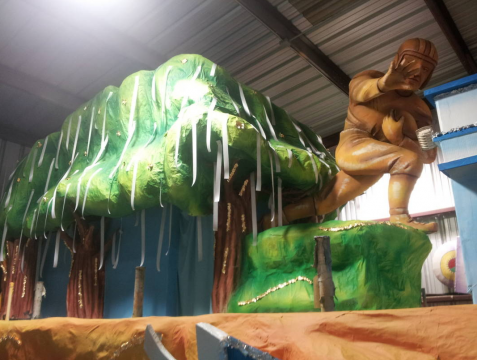 If you recall, the initial plans included only Aubie and the Toomer’s Oaks, but the Stripers took it up to notch, adding representations of Toomer’s Drugs itself and that most Auburn of trophies, the Heisman.

* Auburn professor 4th hottest in the country
* Katherine Webb in an Auburn bikini?
* Auburn students vandalize Jacks restaurant ’cause it looked too Bama
* Aubie throws a grenade
* There was a camel at Toomer’s Corner
* Katherine Webb and Conan O’brien