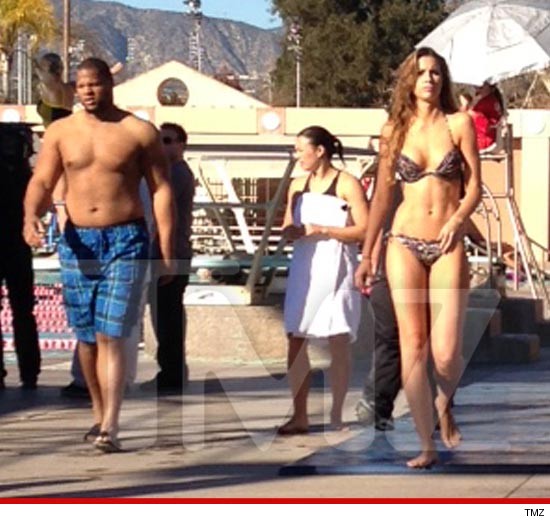 It must have gotten garbled in the grapevine–Katherine Webb won’t be dancing with the stars on ABC, she’ll be wearing a bikini and jumping into pools with the stars on a new show called “Celebrity Diving.” So says TMZ and their poolside photo of her and cast member Ndamukong Suh. Sounds amazing.

It’s big news for “Katherine Webb bikini” searchers but even bigger news for us. Thanks to our interview with Laurie Webb, Katherine’s sister, we’re finally just two degrees away from Nicole Eggert.