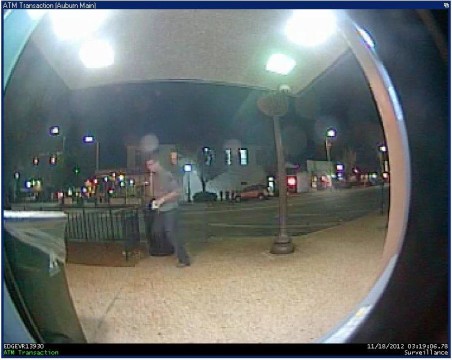 That’s always the first thought whenever this happens, right—shouldn’t there be video? Well, this time there is. Maybe.

From a news release issued this afternoon by the Auburn Police Department:

The Auburn Police Division is asking for the public’s help in identifying the two people shown in the attached video clip and photo.  They are persons of interest in the Toomer’s Corner oak trees fire that occurred at approximately 3:20 a.m. Sunday, November 18, 2012.  Both appear to be wearing dark colored pants and light colored shirts.  Anyone with information regarding the fire or the identity of the persons shown in the video and photo is asked to call the Auburn Police Division at (334) 501-3140 or anonymously by text or voice on the tip line at (334) 246-1391.