I think they were produced and sold before the season—because wouldn’t Newton and Langner have been no brainers for aces, aces up the sleeves or something, afterward?–but regardless, if ever there was an Auburn team to deserve its own deck of cards, it’s the Amazins. I mean, just cause. I mean, I don’t know a lot of gambling terms or metaphors or analogies or whatever, but it just seems right. Of course you could say that about anything—Amazin Beer, Amazin Condoms, the Amazin Bible, Amazin Vitamins, Amazin Cologne (Miracle Musk), etc. 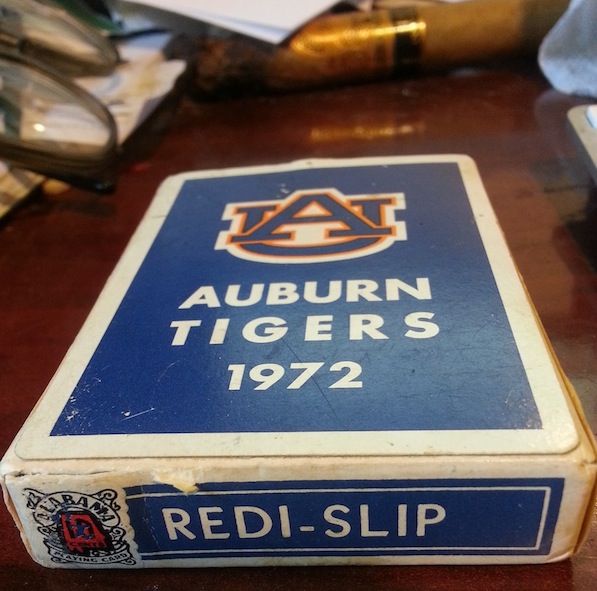 Here they all are, or at least 49 of them plus Shug, Cliff Hare Stadium, and, for some reason, Memorial Coliseum. Click to enlarge.