Continuing in our fun-time, bipartisan election season-inspired look at past politicking on the Plains (Previously: Auburn student political / sex poll from 1972… see Ted Kennedy and a stuffed Auburn Tiger dangling an elephant from its mouth here, the colorful Auburn student reaction to the Iran hostage crisis here)…

George Wallace’s stand in the drug store door while campaigning for governor in 1970 was met with at least a few shouts “from both long hairs and straights” of “Go to hell” and “We’re number 50”, as in 50th in the country in everything it was bad to be 50th in 42 years ago (apparently Mississippi forgot its place for a second).

Wallace looked at one of the hippies and replied: “You’ve got boll weevils in your beard.” 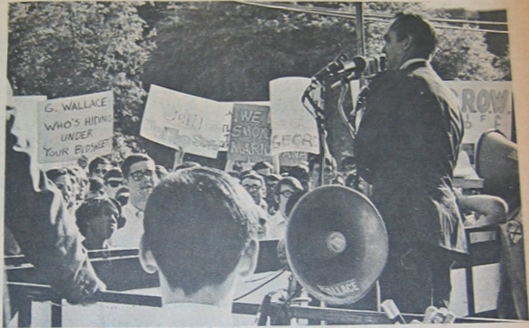 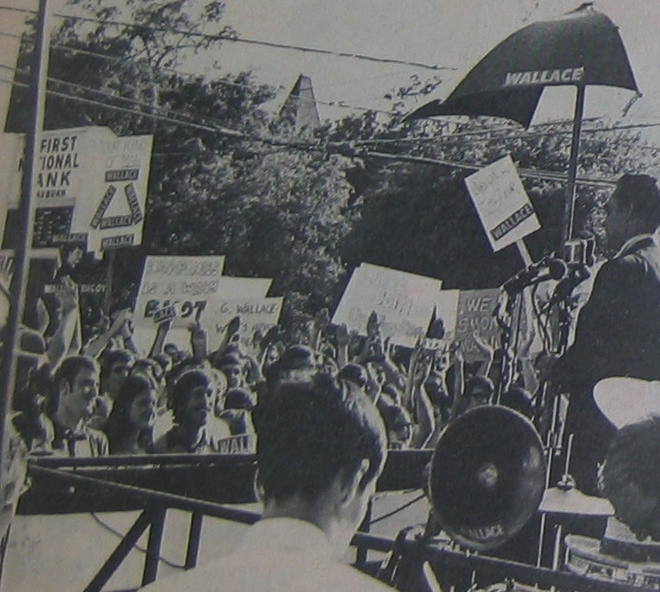 Here’s a letter from the protesters that was published in the May 7, 1970 issue of The Auburn Plainsman. It was written in response to another Plainsman letter criticizing responding to an earlier: 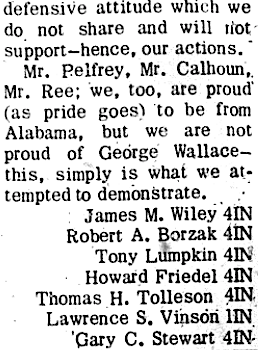