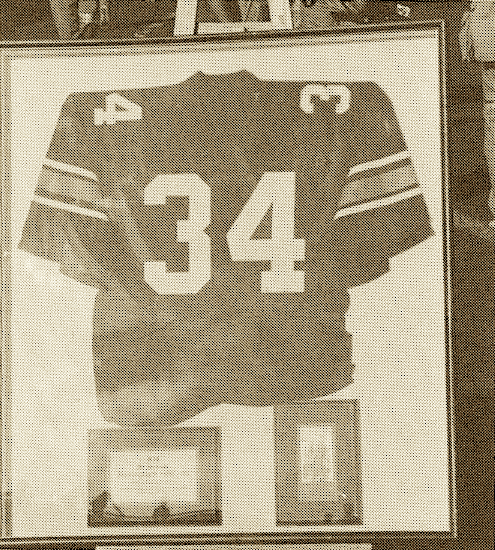 When—and surely we’re talking when and not if at this stage—will Cam Newton’s blessed No. 2 jersey be retired? It took Auburn seven years to put holy No. 34 behind glass. It happened on Halloween 1992 at the Auburn-Arkansas game at Jordan-Hare, Auburn’s first SEC game against the Hogs. Here’s how the Glom described it:

With cheers of “Go, Bo, Go!” resounding in Jordan-Hare Stadium, Vincent ‘Bo’ Jackson’s jersey was retired. As a part of the Centennial Celebration, Jackson’s number 34 was permanently installed in AU football history, joining Pat Sullivan and Terry Beasley as players with their jerseys retired.

“When I came to Auburn, I didn’t think I was in the same class as Pat Sullivan or Terry Beasley, and today I find myself in the same boat. This really hit me today as I was walking around campus. This honor means so much to me because it comes from Auburn people,” Jackson said.

Jackson was joined on the field with his wife and children during the halftime ceremony against Arkansas on October 31.

How the Glom actually heard Bo say this is anyone’s guess, because apparently he was also joined by interim Arkansas head coach Joe Kines and the entire Razorback team, who according to Austin Phillips—he’s never forgiven them—rudely ran back onto the field as Bo was speaking, which then lead the Arkansas band to start “Arkansas Fight.” 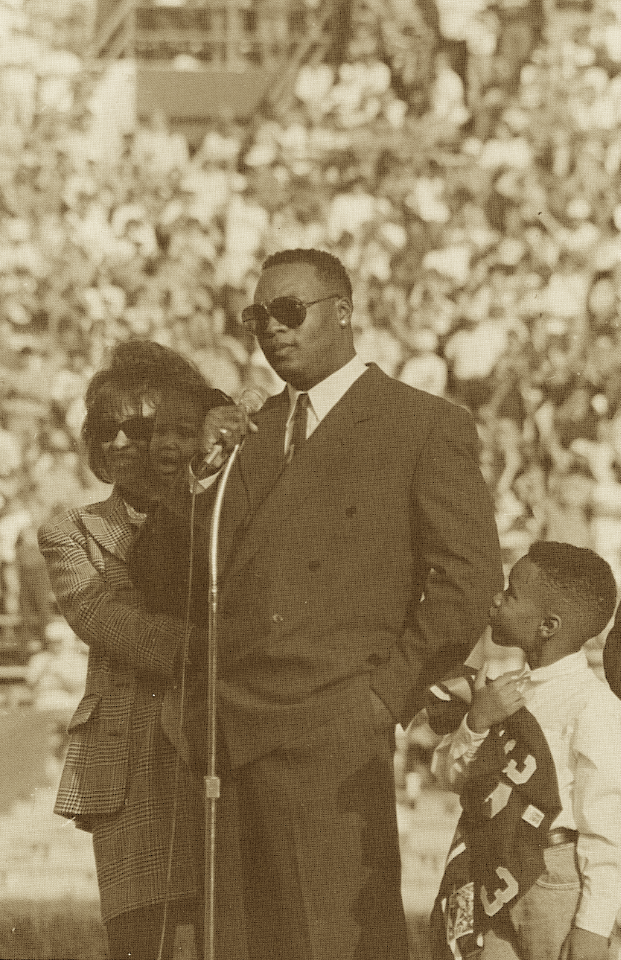 Related: Bo Jackson and Bobby Lowder at the 1986 A-Day game.